‘Tis the season for tune ups. On the roads and track this past week, the professionals ran under-distance, over-distance and, in some cases, multiple races in order to prepare for what is to come. It’s hard to learn much from weeks like this. Can you extrapolate meaning from what is essentially a glorified workout?

Even the half marathon before the marathon can take on vastly different interpretations depending on who you are talking about. Meb Keflizighi’s fourth place finish at the USA Half Marathon Championships on Sunday might look worrisome, but we’ve seen Meb render these benchmark races irrelevant so many times before. As long as he was under 65 on Sunday I was still going to like his chances in Boston.

Other tune ups, make us go the other direction, leaping to huge assumptions. Jordan Hasay finished second in both her races in the University of Washington Open. But she was so close to Shannon Rowbury in both the 1,000 and the mile that it looked like maybe her finishing speed is inching closer to Rowbury’s…..which means maybe she can become a factor in Diamond League races this summer. Maybe…maybe ….maybe….It’s all too early to tell and there is a limit to what we learn from a indoor race in Seattle in January.

Enough philosophizing, let’s review the week where the two biggest winners came from the USA Half Marathon Championships in Houston.

In his first attempt at a half-marathon, the 25-year-old ran away with the US title in Houston. He gapped the field early and won in 1:00:51, almost a minute ahead of runner-up Jared Ward. Estrada is now the seventh fastest American half marathoner of all-time behind:

That is a great group to be a part of, well except for Trafeh. I don’t think you want to be on any lists with him.

As much as the US needs an ascendent marathoner, let’s remember the theme of the today’s post and try not to get carried away. Half marathon results are tricky because we mostly use them to project success in other events. Pace calculators covert Estrada’s time to around 2:08 for a full marathon. That seems realistic, but anyone betting on that hasn’t watched American marathoning in the last ten years. For him, Sunday wasn’t a tune-up for a spring marathon or any race in the near future, so I think it is safe to assume that this was Estrada at full strength–with a quality build-up and ample rest. If not, then it is definitely time to let your optimism run wild.

After this result, he will probably run some track or road races this spring before gearing up for his first marathon this fall. Or, he could debut at the Olympic Trials next February and hope for the same combination of magic and naivete that carried him to victory in Houston.

Unlike Estrada, the victory won’t lead to a jump up in distance. She is pretty solidly in the top three in the 5,000/10,000 and it would make more sense for her to stay there through at least the next Olympic cycle.

The adage (amongst very, very, fast people) goes that any time you can break four minutes in the mile is a good day. I’m sure there is a corollary to that statement which says breaking four minutes after running a fast 1,000 is even more impressive.

Centrowitz went 2:19:53 and 3:58.60 in his indoor double at the University of Washington Open. I have no idea what the 2:19.53 means, but it looks like an another auspicious start for Centrowitz, who has been so consistent during championship seasons.

The London Marathon announced their women’s field last week. Edna Kiplagat, Priscah Jeptoo, Florence Kiplagat and Mary Keitany are the favorites. The field doesn’t have as big of a share of the best in the world as the men’s group does, but those four names guarantee that it will be the strongest of all the spring marathons. It also opens things up for a high finish by Shalane Flanagan in Boston.

If you play the same game we did with Meb last week and try to determine who will race in Boston, it looks good for Flanagan. Buzunesh Deba and Mare Dibaba (second and third last year) will probably race in Boston, but both are beatable. Meselech Melkamu and Aleksandra Duliba (fifth and sixth last year) are not on London start list.

Last week, I didn’t get a chance to touch on Kenenisa Bekele’s presence in the men’s field. The man vs. man battle between Dennis Kimetto and Wilson Kipsang is the matchup that is receiving top billing. To me, Bekele’s performance will be just as interesting, mostly to see if his multiple marathons strategy leads him to a breakthrough in the distance.

How will he respond after such a quick turnaround from the Dubai Marathon (about 11 weeks)? Can he realistically compete with Kipsang and Kimetto or will he race more for a top five finish? I’m sure we will learn more when he comments after Dubai. For now, the two-pher to start 2015 can play in out in a variety of different ways.

First, he could run phenomenally in Dubai, rendering the London double pointless. The course is fast and if he is as good as everyone thinks he is, a 2:03 isn’t out of reach. He has enough experience at the distance (this will be his third marathon) that if a breakthrough is to a occur, it should happen this year. If everything does go perfectly, is there a reason other than a financial one, to try a rip off his third marathon in seven months?

Let’s think of this another way, perhaps the goal has always been London. He uses Dubai as a tune-up and glides through the 26 miles before focusing on London. I’m not sure how one glides through 26 miles, but hey, maybe he is the person to invent the marathon as a marathon tune-up genre. Forget the world records, this could be his greatest contribution to running yet!

Even if he does run a comfortable 2:07 in Dubai, the miles of training are still in legs, not to mention the psychological toll that running a marathon takes. How’s he going to feel when Kipsang throws in a 4:35 mile midway through the race? Is he going to regret Dubai then? More importantly, will there be visible regret on his face like “man, this seemed like a really great idea when I signed up for London in January.”

There is a possibility that he struggles in both. He could run a personal best and still get beat by an unknown 19-year-old Ethiopian in Dubai, before getting buried by the overwhelming depth in London. At that point questions would be raised not just about his decision to race, but to his ability to win a major marathon.

Say he goes in the other direction, two solid performances. No world records, no London victory, but two races where he exceeds expectations. Would that influence other elites to race more often? Outside of a World Championship or Olympic year you rarely seen a top tier marathoner race more than two times. Contrast that with the earlier decades and it almost seems like a different event. Bill Rodgers won five marathons in 1977 and was the top marathoner of the year according to Track and Field News. The money has only increased in the event so there should be an incentive to race more than twice a year. If dollars have helped drive marathon times faster there is no reason it couldn’t drive runners to race more often.

And yet, other than Yuki Kawauchi, most run two marathons a year–one in the spring and one in the fall. At some point, multiple marathons for multiple years didn’t seem like such a great idea– fields are too competitive and the stakes are higher than they were in the 70s and 80s. In short, it isn’t sustainable.

You could call this generation soft, but there has to be enough science behind why coaches and managers focus on the twice a year model, otherwise they would be racing more.

A successful winter/spring for Bekele challenges this traditional thinking. I don’t expect a return to the Bill Rodgers era of race schedules, but if Bekele excels in the three marathons in seven months gauntlet, maybe other pros will take a closer look at why they race so infrequently.

In terms of US results, the Houston Marathon was overshadowed by the half marathon distance. Ethiopians Yebrqual Melese and Birhanu Gidefa won the women’s and men’s races and no one from the United States finished in the top five. But deeper down in the results was a strong showing from an American. Kellen Taylor finished sixth in the women’s race with a time of 2:28:40. That is the sixth fastest debut by an American woman.

In the 800 she finished first and ran 2:07:21. I’m curious to see if in the next meet she runs in the same race as her training partners Shannon Rowbury, Jordan Hasay and Treniere Moser.

Houston was the main attraction for the half marathon this weekend, but there was also some top Americans competing in the Phoenix half-marathon. Amy Hastings won the women’s race in 1:12:04 and Ryan Hall finished second with a time of 1:04:16. It’s hard to get too excited about a 1:04 especially when he’s run under 60 minutes before and 31 Americans broke 1:04 in Houston (granted, Houston is a fast course). I’ll take his performance simply as a signal that he is healthy and still has opportunity to run under 2:10 in Los Angeles on March 15th. For Hall, that is a positive step. 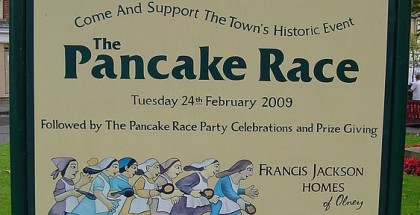 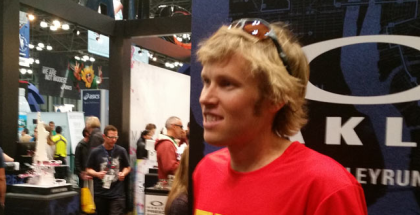