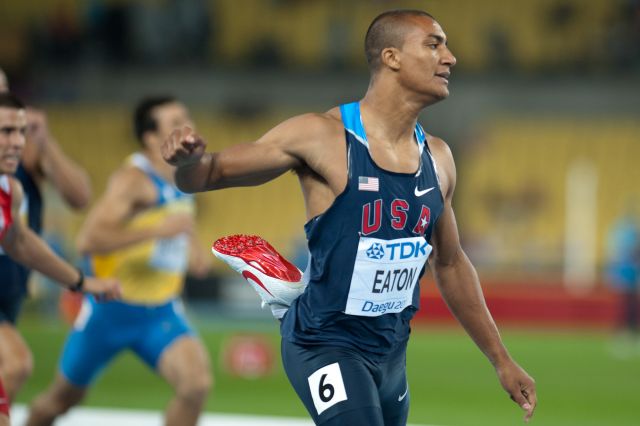 Ashton Eaton is far ahead of the competition. (Photo courtesy Creative Commons.)

Every day for the next week (and sometimes twice a day) we’ll be providing a World Championships preview for a group of events. Today we kick off with the multis, the men’s decathlon and the women’s heptathlon. These are unusually strong events for North America.

You can hear a Worlds preview for these events as part of this week’s House of Run podcast.

The favorite: Ashton Eaton broke the world record last year and went on to win the Olympic title by almost 200 points. He’s had some minor hamstring problems this year and hasn’t gone into beast mode yet, but no man can keep him from winning in Moscow–only injury could stop him. He’s become better and more consistent in the throws, which were once his weakness, and look for big improvement in the pole vault too.

The other Americans: Trey Hardee was the world champion two years ago and had elbow surgery shortly after. He recovered well enough to win Olympic silver with a fairly comfortable margin. 20-year-old Gunnar Nixon left college after winning last year’s World Junior Championships gold medal but looks a few years away from contending for a medal on the senior level.
U.S. medal chances: Virtually guaranteed

The Canadians: Frank Zarnowski (aka “Dr. Decathlon”) is high on young Damian Warner, who took fifth at the Olympics and won this spring’s Gotzis decathlon in horrible weather. He thinks Warner is a medal threat.
Canadian medal chances: Good

The favorites: None. Ennis-Hill and Chernova both withdrew within the last few days due to injury, and Olympic silver medalist Lilli Schwarzkopf is injured too, so that makes this wide open.

The Americans: With Ennis-Hill and Chernova both out of it, Sharon Day is a very real threat to win gold. At 28 years old, the former high jumper hit a big heptathlon PR at the US Championships, the highest 2013 score of anyone competing in Moscow. Michigan alum Bettie Wade is on her first national team for a big championship and Mississippi State sophomore Erica Bougard made the team with a PR, but neither is expected to compete for medals.
U.S. medal chances: Very good

The Canadian: Brianne Theisen-Eaton has the fourth-best score of the year among the athletes going to Moscow, and that was while winning in very bad weather in Gotzis. She is very much a contender to medal and maybe even to win. One question is how much emotional energy she’ll burn through in the two days prior to the heptathlon, when husband Ashton Eaton competes in the decathlon.
Canadian medal chances: Good

The others: Aside from Theisen-Eaton, basically no one who was highly competitive last year is anywhere near that level this year. This will be a complete changing of the guard and that makes it highly unpredictable. Names to watch for include Hanna Melnychenko (Ukraine), Karolina Tyminska (Poland) and Antoinette Nana Djimou Ida (France).

Bottom line: This is a turnover year, giving lots of athletes a chance to win.

Next up: the women’s throwing events.

The Worlds’ Most Memorable Moments, part 3 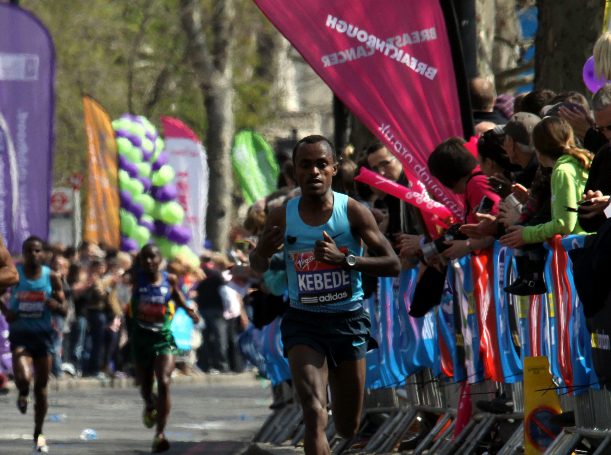 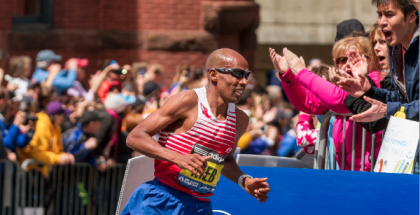