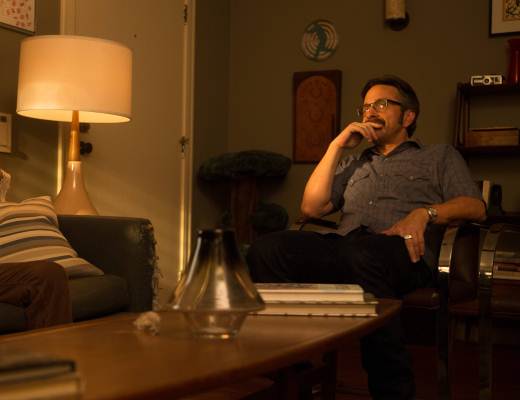 If you’ve seen Maron already, apologies. The third episode will air tonight on IFC at 10pm eastern. I began this piece while eating lunch two Thursdays ago, when someone decided to bring a machine gun into George Bush Intercontinental Airport. If you missed it, here was my account. Now, back to the thing…

On Friday, May 3rd, IFC premiered their new sitcom, “Maron,” based on, you guessed it, the life of Marc Maron. What does this have to do with running you might ask? Maron’s not a runner. Well… not really. He did say on a recent episode, when interviewing Run Fatboy Run’s Hank Azaria, “I do about four miles, when I do it. But I’m out of shape. I’m not fat. I’m not toned. My core is NOT engaged.” Typical Maron. But that’s rather here nor there. What the TV show does is fill in the gaps of the people Maron talks about in the intro of each podcast. It’s fictional, but based on his life. If you’re a fan, you’ll get it.

Fun fact: Maron is filmed at a larger house than the Cat Ranch (where WTF is recorded), which is near Occidental College, home of this evening’s Oxy High Performance Meet (see Jesse’s preview here).

If you’re like me, you’ve listened to your fair share of episodes of the “WTF with Marc Maron” podcast on many a long run. Maron may not be for everyone. I didn’t really like him the first time I heard him on Sklarbro Country in September of 2011, but he grew on me. He conducts excellent interviews and sprinkles in enough Larry David-esque humor to make you pull for him. He’s doing a lot better now, and his recent stop by Sklarbro County (a year and a half later) is evidence of that.

Not your thing? Still like podcasts? Check out Daily Relay’s own Kevin Sully and Jason Halpin on their excellent House of Run podcast (subscribe via iTunes here)

What else do running and Marc Maron have in common? “POW! I just $hit my pants.” That’s his intro to coaxing listeners into buying the WTF Roast from JustCoffee.coop “Just Coffee” also makes an excellent blend called “Runner’s High,” that I have been getting for a few years now. I highly recommend it.

Want to hear more? Check out these 5 recent episodes on one of your next runs (and/or subscribe via  iTunes):

Got 22 minutes? Check out the 2nd episode of Maron, in it’s entirety, below:

And if the pod and the show didn’t keep Maron busy enough, he has a new book out, entitled “Attempting Normal.”