Welcome back to 5 Questions, where we pick the brains of people from all areas of the running scene. Today, I’m talking to Tony Sandoval, head coach of the Cal Golden Bears. His men’s team was just named the 2014 national dual meet champions by Track and Field News, their first dual meet title in school history.

Coach Sandoval was also on the 1965 New Mexico team that would have been national dual meet champions (TFN first started choosing them in 1970)–the only post-WWII champion team from outside the Pac-12 or SEC.

DR: Congratulations on the Golden Bears’ successful season. Besides the dual meet championship, your men’s and women’s teams swept Stanford for the first time in 12 years. How important is “The Big Meet” to Cal?

TS: “The Big Meet” has a history of 120 competitions between the two universities. The alums really come out of the woodwork for that meet. They truly enjoy seeing the athletes compete with vigor in front of them. Many of the athletes go back and forth from the field to the stands to visit with parents and fans. What other sport do the fans have an opportunity to interact with the athletes during the competition? “The Big Meet” also mirrors the rivalry in all the other sports like “The Big Game”, “The Big Splash”, “The Big Series” etc. between Cal and Stanford. Everyone is totally involved during that week for “The Big Meet”!

DR: This was the second of a three-year series of triangular meets between Cal, Virginia and Michigan. The idea, as I understand it, was to build a friendly rivalry between public universities which take great pride in both athletic and academic traditions. How has the team’s experiences in these meets been? And is Cal ready for the kind of weather you could get in Ann Arbor next year?

TS: Virginia head coach Bryan Fetzer (who was an assistant at Cal a few years back) and I know and enjoy the excitement of a good dual meet because of our experience with the “Big Meet”. We’re dreaming that years from now this tri meet will have a similar legacy and rivalry like the Big Meet.

Cal has a history in the early years of going back east to compete in the IC4A’s, long before the NCAA was created [in 1921]. Michigan and Cal regularly met in track & field and we have a mural of the Cal – Michigan meet in the 20’s in our official’s room from the old stadium in Berkeley.

The current rotation is for outdoor track with the meet rotating between Charlottesville and Berkeley. Michigan weather is too unpredictable in early April for that. We have hoped for all three to meet in X-C but the fall season is so short we’ve been unable to make that part work. When Michigan finishes its new indoor facility we will look at going to Ann Arbor.

DR: The current iteration of TFN’s dual meet rankings rewards teams that take dual meet competition seriously, especially outdoors. With a dual, a tri and two quads on your schedule, Cal has the most extensive dual meet schedule of all the top teams. Was this a conscious decision when creating this year’s schedule?

TS: There is currently extensive discussion among Division I coaches to bring back scoring and excitement for the fans and alumni at home meets. The average fan doesn’t know the difference between a great or a average mark. What they do understand is a team score and seeing athletes compete for place and points. The only difference in our 2014 home schedule is we’ve added scoring to the Cal Opener and the Brutus Hamilton Challenge. We still go to major invitational meets to record NCAA qualifying marks. We felt by adding team scoring it was an easy modification that the entire team can buy into and fans could understand. We remain committed to competing at the highest level of the NCAA’s, USATF etc. for our elite athletes. However, we will not be a one dimensional program and continue to aim for comprehensive excellence. It’s a challenge as we aim to have a national presence in all three seasons: cross country, indoor and outdoor track.

DR: You ran at New Mexico in the 1960s, when coach Hugh Hackett’s Lobos were one of the best teams in the country. Can you briefly describe how college track is different now than back then?

TS: WOW! Very few people remember Coach Hackett and those days! I was in Albuquerque in March for the NCAA indoor meet and we had a Lobo track reunion and former teammate and world record holder Adolph Plummer was at the dinner. Two dear friends and former teammates / coaches (Peter Brown and Wayne Vandenburg) and I were able to had brunch and watch the finals together!

There were very little sports on TV back then. If you wanted to see a track meet you attended either a local high school or college meet in person. The weekly dual meet was the essence of track and field and winning the meet was shared by everyone. We also raced every weekend and the meets were about 2 hours long. Gender equity was 10 years away. The steeplechase and hammer were championship-only events like the 10,000 meters is now. The triple jump has just been added to the weekly dual meet schedule. The conference meet was what we all aimed for, but the weekly dual meet was what we looked forward to. The press printed predictions of the featured events and possible winner. Everyone had a score card to follow the changes after each event. The NCAA’s and AAU’s didn’t have the emphasis that it has now!

I attended Albuquerque High School and was state champion in cross country (1962) and won the 880 yards (’63). I began the fall at UNM in 1963 and was the 5th man on UNM’s first WAC championships and their first X-C championships. I ran three seasons but I was hampered by injuries most of my college career and retired after the 1966 season. I finished school in December 1967, went to Army boot camp in January but officially graduated in June 1968.

DR: So that means you were on the 1965 team that beat USC (93⅓ to 46⅔). It was only the second loss for USC since World War II and was, at the time, their worst defeat in school history.

TS: WOW again! It has to be one of my most memorable moments as a Lobo other than winning the WAC cross country team title as a freshman. We had a great team then. USC had won the NCAA’s in 1963 in Albuquerque and returned in 1965 for this epic dual meet. It’s been called the most embarrassing dual meet loss in USC history! USC was a juggernaut in T&F back then when there were no scholarship limits.

DR: Cal is situated in one of the toughest conferences in the nation. What are the goals for the Pac-12 championships and the remainder of the season?

TS: The Pac-12’s is the beginning of what we call the championship phase of the season. We aim to improve our team placing from the previous year Pac-12 finish and advance as many athletes as possible all the way to the NCAA finals and USATF championships. We do have a number of foreign and dual citizen athletes that are primed to compete internationally as well for their country. 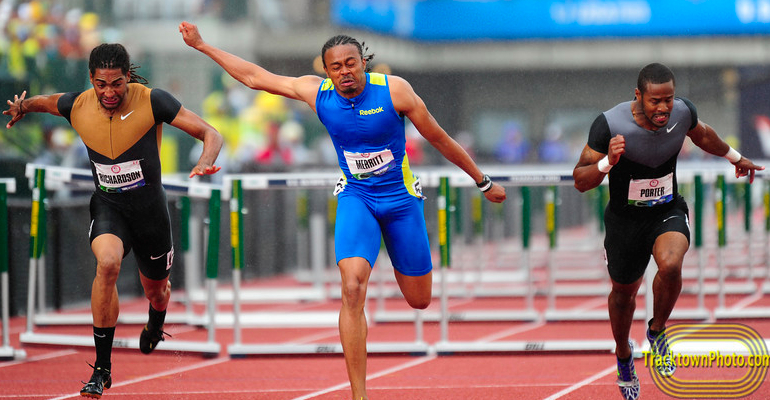 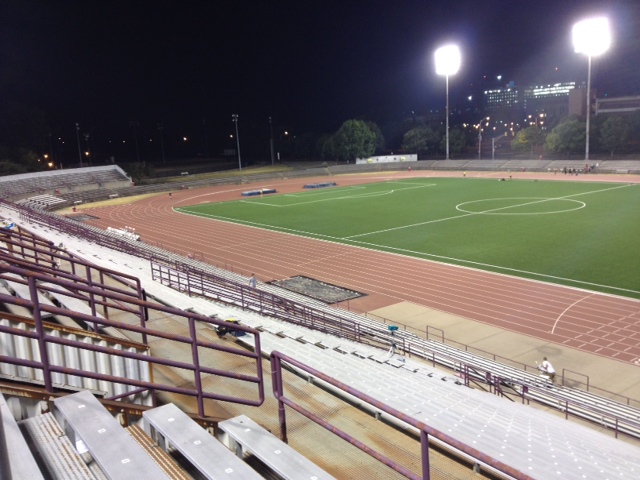