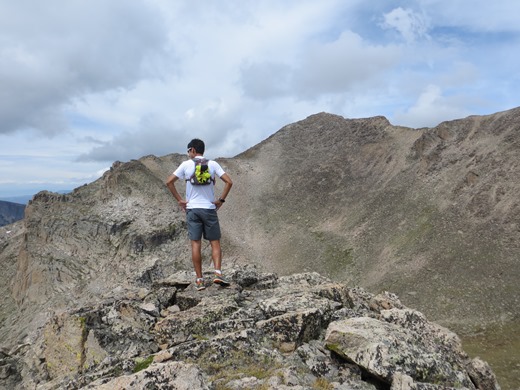 Welcome back to 5 Questions, where we pick the brains of people from all areas of the running scene. Today, we were lucky enough to catch up with Sage Canaday. Check out his website SageCanaday.com and follow him on Twitter @SageCanaday and Facebook. (Editor’s note: Sage came in 2nd at the hilly Carlsbad Marathon in 2:22 on 1/19)

1. Daily Relay: Congratulations on a great 2013 that kicked off with a win at the 100k Trail Championship at Bandera. Looking back on your big year, what was your most proud achievement?

Sage Canaday: Thank you! Overall it was a great year of running for me. I tried a lot of different races at ultra distances on a variety of terrain. I’d say finishing ranked 2nd in the World SkyRunning Ultra Series (behind Killian Jornet) was something I was proud of because it was my first year doing SkyRunning events and it required placing well in 3 or more races in the circuit. I did Transvulcania, Speedgoat and UROC to complete the series and it was pretty grueling just to finish some of those races because of the steepness of the mountains and technical trails that I’m still learning to cope with.

2. Daily Relay: You recently revealed that you have signed with Hoka One One as a shoe sponsor. Hoka has made quite the splash of late. What led you to them and what models will you run and race in during 2014?

Sage Canaday: Hoka One One is a relatively new shoe company that has really made a splash on the ultra-trail running market but is moving towards the roads as well. I was drawn to their innovative approach in the design and marketing of their shoes. They are a company operated by competitive runners who have had years of history in the sport and they understand the unique demands of what it takes to be a distance runner. Their newer shoe models like the Huaka and the Clifton (to be released later in the year) are very exciting to me as they weight in at the 7-8oz range. The cushion and response on all HOKA shoes are amazing and they have something for every type of runner competing in every type of distance on any terrain.

3. Daily Relay: Your switch from the marathon to the ultras has been very fruitful thus far. Will you target a standard marathon in the next few years to try and qualify for your 3rd straight Olympic Trials Marathon, or has that ship sailed?

Sage Canaday: That ship has not sailed! I’m very determined to qualify for my 3rd Olympic Trials Marathon within the next 2 years. I’ve realized that mixing it up with ultras and mountain races might make this an extra challenge (as does the new, faster standard of a sub 2:18), but it is very high on my list of running goals. I’m already thinking if I can dedicate a good 2 months of marathon specific training for a race like Chicago that I’d have a good chance of getting under the standard again. It’ll probably take a couple tries but I really don’t want to let that goal slip.

4. Daily Relay: You are now living in Colorado and have seemed to taken to the lifestyle. What led you there?

Sage Canaday: After running for the Hansons I came home to Oregon with my tail between my legs. I didn’t have a job or a sponsor (besides my parents) to support me. I had a dream that I wanted to make a living with my legs and travel around the world though, and so I put my head down and starting making videos on my YouTube channel “Vo2max Productions,” tweeting, blogging and training like a madman. I mixed it up in running events by doing my first ultra and training to qualify for the US Mountain running team. The initial success of those two events opened some doors for me.

I decided that if I could train anywhere in the US I’d want to be in Boulder, so I packed up my life in my ’97 RAV4 and drove to Colorado on a whim. I lived in my grandpa’s house in Denver for a while because I didn’t have a place to stay closer to the front range. Another reason I picked Boulder is because I had some friends there (4 ex-Hanson runners etc.), I have a lot of family in Denver, and my parents went to school at CU. I also wanted to be in what many would call “the mecca” of mountain-ultra-trail running with access to high altitude, lots of sunshine and great beer!

5. Daily Relay: You have amassed a large group of sponsors (HOKA One One, Flora Health, Ultimate Direction, Integrative Healing Acupuncture and Wellness, Avery Brewing Company, Strava, Vfuel, Ugo Bars, Smith Optics and Drymax Socks) since moving to the ultras. What kind of advice can you give runners that are trying to obtain some kind of sponsorship for 2014. What is the best way to approach a potential sponsor, in your opinion?

Sage Canaday: The first thing I’d recommend doing is branding yourself. Create value, take risks and be creative! You have to show a company that they’ll get a return on their investment if they choose to support you. For me this meant spending a lot of time building my social media channels and talking with other fellow runners and people involved in the sport. I got a lot of “no’s” and unanswered emails at first, but I had nothing to lose and I never gave up. There are people that are going to disagree with you and dislike your take on things and think that some of your running results (or social media posts) are silly, but you have to stay true to yourself and your values while following your heart. I think a lot of people get sponsorship through networking and connections initially so it definitely helps to be social and reach out. But to really succeed in the long-term it helps to have a business mindset and a passion for what you are doing. You have to perform well athletically and/or put-yourself on the map in some sort of way that differentiates you from other runners seeking sponsorship.

For me the social media marketing “work” was easy because it’s been a passion of mine for years. I took elective courses in business at Cornell and it sparked my interest in online promotion and branding.

Finally, you have to be active in the community, find your niche, and find a way to give back to all those who support the future of your sport (those that purchase products from your sponsors). Everyone you meet or come into contact with in person and/or online has a unique story and perspective on the sport that you can learn from. Never forget that and always be appreciative.

Sage Canaday: I’d love to mix it up in a wide-variety of races this year around the world. Right now the SkyRunning Ultra series is looking pretty lucrative as being ranked #1 in the world in that seems like quite a challenge. I’d like to run a fast 50-mile PR and hope to improve on a few of my course records from last year at races like the Lake Sonoma 50-miler and the Speedgoat 50km. Other than that I’d like to just stay healthy and enjoy the ride! 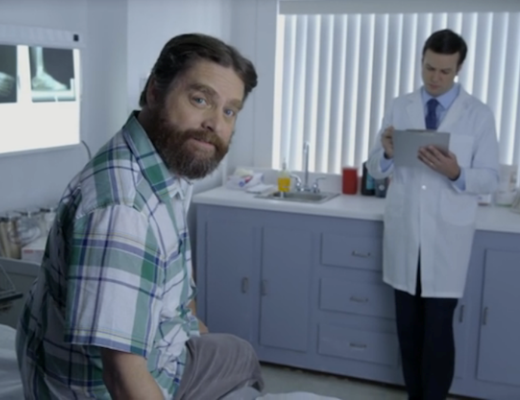