Which are the NCAA's best conferences? 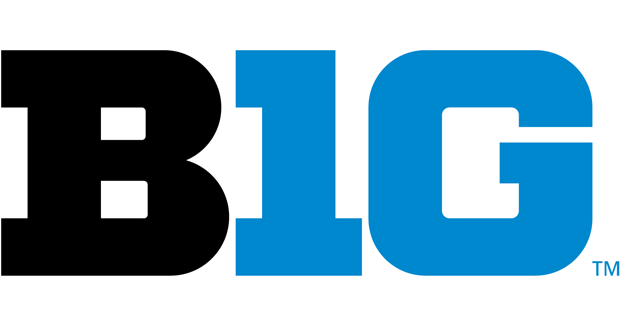 The Big Ten proved it’s still big in the money sports, but how does it stack up in track and cross country?

Last night’s NCAA men’s basketball championship game was a classic. Wisconsin pushed Duke all the way until the closing minutes before the Blue Devils won their 8,000th national title. Well, it was their fifth. But it sure feels like they’ve won more.

I wanted Wisconsin to win for a number of reasons. One was that Nigel Hayes, their sophomore forward, went to high school just two miles down the road from where I teach. Another is that they were the underdog and have won the tournament just once, in 1941, which just happens to be the last time the Big Ten claimed national titles in both football and men’s basketball.

I got to thinking about a lot of things. One of them is that I think it’s fascinating how Duke coach Mike Krzyzewski is such a polarizing figure. I’m one of the few that doesn’t care much one way or another. His many supporters love him, but he also just might be the most hated coach in the NCAA. I couldn’t think of a college track coach who is so hated (and the Let’s Run message board has no shortage of hate). There is, of course, a pro coach who inspires this kind of hate:

My all-time favorite track rivalries: Overt vs. Coe Rodgers vs. Shorter Alberto Salazar vs. Being a decent human being

I also thought about the Big Ten and its place in college sports. In the two sports that really drive everything–football and men’s basketball–the general consensus lately is that the Big Ten hasn’t kept up with the rest of the top conferences. That narrative has been blown up over the last four months, since Ohio State won the football championship and Michigan State and Wisconsin accounted for half of the Final Four.

Speaking of four, that seems to be the magic number in college sports. The Final Four. Four teams in the college football playoff (at least for now). Four team trophies get handed out in cross country and track.

So here is a tabulation of the number of top four finishes in those money sports by each conference over the last fifty years. Totals are determined by current conference affiliation; for example, Nebraska counts solely for the Big Ten. Also, any retroactive sanctions for NCAA rules violations are ignored.

A few things jump out at me. One is that while it’s no surprise that the ACC dominates basketball, the conference brought in a lot more historical football success in its recent expansion than I realized. Another is that yes, the Big Ten is still near the top of the heap, even if its rate of success has slowed a bit in the new millennium. And it does show just how much football power is concentrated in five conferences, while the basketball power is a bit more diffused.

Now, how about the sports that really matter? What about cross country and track and field? These numbers are interesting and revealing too. To keep things consistent, I looked at top four finishes over the last fifty years, and that means I could only look at men’s competition. I ran the data for outdoor track only because only recently have west coast teams taken indoor track seriously. There are some decimals because ties happen in track and field.

First off, it’s pretty remarkable to see how dominant the Pac-12 is in cross country and track and field. The SEC is even more dominant in track, and most of its cross country trophies have been won by Arkansas. The Big Ten is a big-time conference in cross country–Wisconsin is one of the all-time great harrier programs but many others in the conference have won trophies too–but to say that it is a major conference in track and field is a tenuous statement at best, at least if you measure it this way. The Big Ten hasn’t been in contention for an NCAA outdoor title since Dewey defeated Truman.