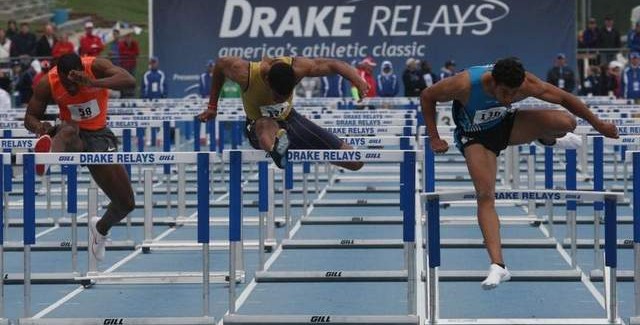 The two big relay meets, the Penn Relays and Drake Relays, take it up another notch today with even more and better action. 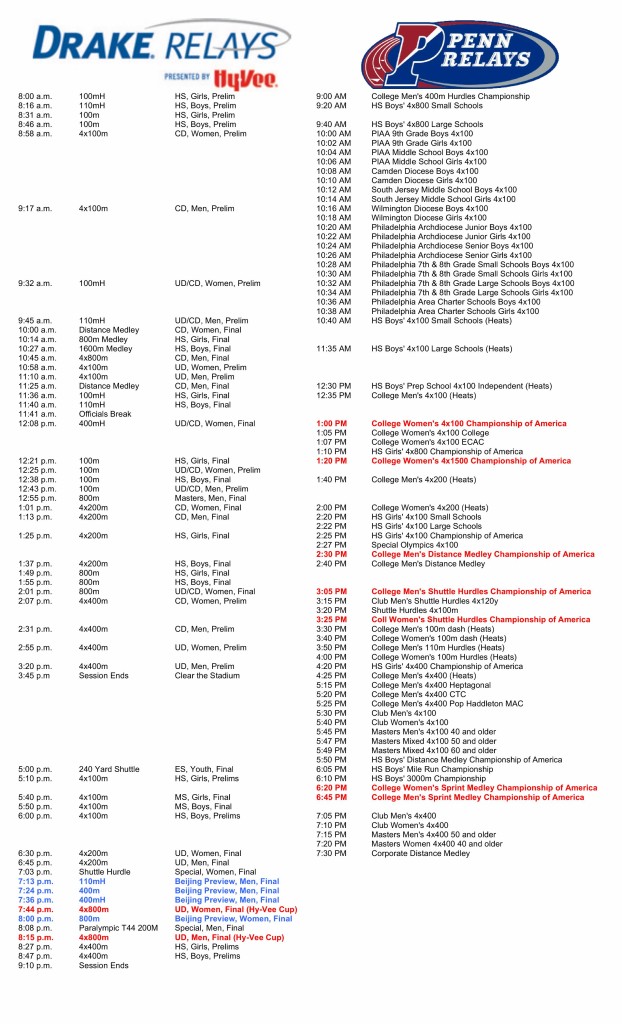 OK, you know there’s action going on all day, for thirteens straight hours. It’s all great stuff, but you may have to prioritize. Here are the ten best events to watch today, listed in chronological order.

1:00pm ET: Penn College Women’s 4×100 Championship of America
The USTFCCCA’s “Sparknotes” on this race: the best women’s 4×100 team in the nation has won this race at Penn every year in the Obama administration. Oregon and LSU didn’t make it through the heats, leaving this as a battle between Texas (winners at their own Texas Relays), Texas A&M (six-time defending champions), and the outsiders, Jamaica’s University of Technology.

1:20pm ET: Penn College Women’s 4×1500 Championship of America
In a shocking upset, Villanova’s Stephanie Schappert blew by Stanford superfrosh Elise Cranny yesterday to win the women’s distance medley. The two teams will again go head-to-head, and presumably the same two runners on the anchor legs. Georgetown could be a factor as well.

2:30pm ET: Penn College Men’s Distance Medley Championship of America
This is often the most interesting race of the whole weekend. It’s certainly true that the distance medley is unpredictable. Oregon and Villanova are the teams expected to battle it out. Word is that Oregon will not run Edward Cheserek and instead rely on Eric Jenkins (NCAA indoor 3k/5k champ) on the anchor, plus any of a number of sub-4:00 milers for the 1200 leg. At the NCAA indoor championships, the Ducks got the baton to their anchor leg with a massive lead over Villanova and that pretty much sealed the deal. If that happens again, the race is over–but the Wildcats know that and coach Marcus O’Sullivan will figure out a way to keep it from happening.

4:20pm ET: Penn High School Girls’ 4×400 Championship of America
I tend not to cover high school track and field because I think it’s a sport best appreciated on a local level, but the Penn Relays is a bit different, especially in the 4×400 relay. Here it’s a friendly but intense rivalry between Jamaican and American teams. Today it’s four of each, but it’s been six years since a US team won.

8:13pm ET: Drake Beijing Worlds Preview Men’s 110m hurdles
This is another Diamond League-type field. The best hurdler of the indoor season was first-year pro Aleec Harris (adidas) and the best hurdler of last year was David Oliver (Nike). World record holder Aries Merritt (Nike) looks like he’s getting back into form after a long battle with hamstring problems. All eight entrants are legitimate stars, and any of them could win.

8:36pm ET: Drake Beijing Worlds Preview Women’s 800 meters
The USA suddenly has a deep group of women’s half-milers and they’re all here, making this more of a US Championships preview than a Worlds preview. Ajee Wilson (adidas) is head and shoulders above the rest, but Brenda Martinez (New Balance) is also one of the best in the world, and Alysia Montano (Asics/New York AC) and Chanelle Price (Nike) are on the comeback from pregnancy and injury.

If you’re a true fan, you’re going to be phoning it in at work today while watching the action online. Here are some deeper previews. 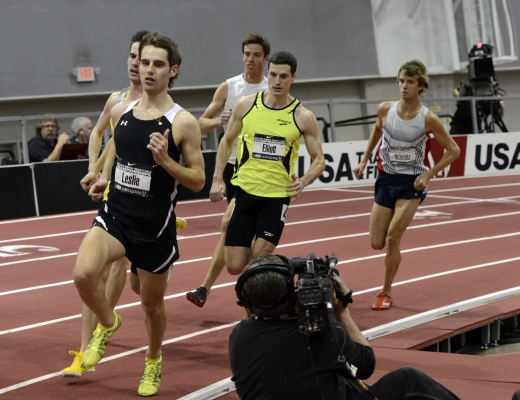 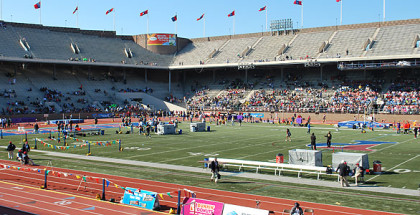