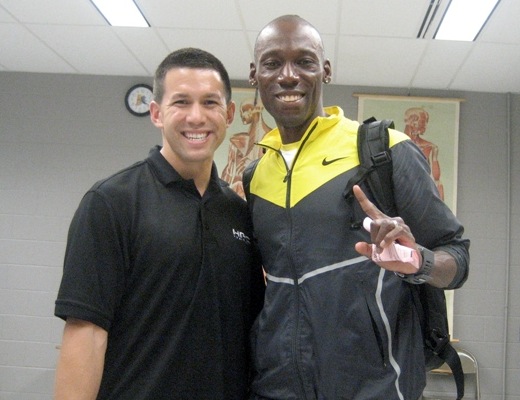 Welcome back to 5 Questions, where we pick the brains of people from all areas of the running scene. Today, we were lucky enough to catch up with Sport Scientist and Strength and Conditioning Coach, Mike Young, PhD. Follow him on Twitter @MikeYoung

1. Daily Relay: Thanks for answering some questions for us. First off, can you give us a little background on your involvement in the sport of Track & Field?

Mike Young: I’ve been a track and field athlete or coach for most of my life. I currently am working as a sport scientist and strength and conditioning coach for an MLS Soccer Club (Vancouver Whitecaps), but I continue to coach a handful of national and international level track and field competitors. I’ve coached over a dozen USATF finalists and two national champions. Prior to that, I coached at the collegiate level for over 10 years, including stints at LSU and NCSU. Throughout that time, I’ve been on various executive committees with USATF, including sport science, high performance planning, and coaching education.

2. Daily Relay: You mentioned on Twitter that “shoe companies practically force post-collegiate athletes to switch to coaches who are, at the very least, complicit with doping.” What is your general take on how this happens?

Mike Young: I take a balanced viewpoint. There are times when athletes benefit from going to well-funded coaches with good, stable training facilities and other athletes of comparable rank. There are other times, though, that athletes are ripped from the very coaches and environments that helped get them to the level that they are. Ultimately, I think athletes should be given opportunities, but not forced into environments that may ultimately compromise their progress or force them into situations that they don’t want to be in.

3. Daily Relay: Your background is in athletic training and sport science. How easily can you spot someone that is using PED’s?

Mike Young: There are a couple things that clue me in on PED use, and they’re not always physical. I look at rate of progress over several years, who is coaching them (there’s a very high correlation with some coaches), who is their agent, consistency of marks, and whether marks are statistically reasonable and physiologically possible. Any time you see quantum leaps in performance in a quantitatively assessed performance based sport (like Track & Field, weightlifting, swimming, cycling, etc), you have to begin to question how something like that could happen. In the case of swimming a couple years back, the easy explanation was the advanced suit technology. But in other sports, training advancements, faster tracks, lighter bikes, etc, can only go so far and we sadly need to take a jaded view. If something or someone is too good to be true, recent and past history shows that it clearly is.

4. Daily Relay: You also said on Twitter that “doping positives in short sprints FAR over-represent extent of doping in the sport. Track & Field is cleaner now than in the past 30 years.” Other sports do not seem to have as thorough of testing programs. What needs to be done to level the playing field in sports like boxing?

5. Daily Relay: In your opinion, is the current testing situation working?

Mike Young: I think that the recent positives show that it IS working. Over the past 10 years, we’ve seen the very biggest names in a variety of sports busted, either through testing (Asafa Powell, Tyson Gay, etc) or circumstantial evidence (Lance Armstrong, Marion Jones, etc). And the fact that WADA is now retaining samples well after the date of collection means that we’re going to see an increasing number of athletes get busted well after the date of the test. This means that although athletes may still (and will likely always be) ahead of the testers; they’re at least not going to be getting away with it anymore. It will take time, several ‘after the fact’ busts, and sponsors and meet promoters seeking financial compensation for their losses, but I think that this will help to significantly deter doping moving forward. 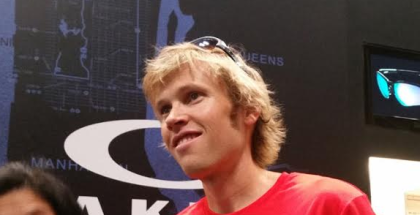 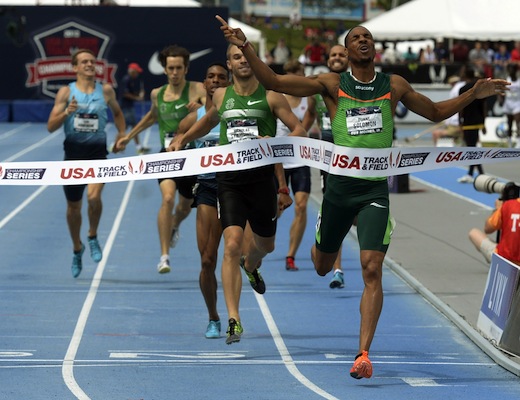