Other than figuring out who is doping, who can wear what and who can compete with women, track and field has it pretty much all figured out before the biggest meet of the season kicks off in less than two weeks. There is still time to kill before the World Championships kick off on August 22nd and that time is being filled with controversy after controversy.

The IAAF is still involved in a fight over public perception after the ARD television program about doping in track and field aired last week. There aren’t really two sides to this debate, just wholly different interpretations of the blood level data that was presented and analyzed by ARD and the Sunday Times of London. Seb Coe, who may or may not have to inherit this issue completely in a matter of days if he’s elected IAAF president, shot back last week and called the experts who drew the damning conclusions, “so-called experts.”

Those experts did not like that characterization and released a response of their own. And on and on we go.

The Daily Mail reported about a bombshell reveal of dopers that will be revealed this week.  The newspaper has thus far revealed people who pretty much everyone in the track world already knew, or assumed, was doping. This has occurred before–an engaging tease only to reveal recycled names.  Perhaps this time it will be different.  With the speed with which this story has moved I wouldn’t be shocked if half the gold medals from the last three Olympics are being reissued by Wednesday.

Mo Farah, who manages to get swept into every doping debate these days, is one of eight British athletes who released his blood levels to show that he is clean. There is no absolute proof of innocence when it comes to doping, but this will certainly inch skeptics closer to believers.

Oh, and then there was also the news about the London Marathon having several of its championships register suspicious blood levels in the past 12 years. Stay tuned….

In the United States, Nick Symmonds made headlines again when he refused to sign the USATF statement of conditions for the World Championships. The statement stipulated that athletes aren’t to bring any non-Nike gear with them when they travel to Asia. On Sunday evening, Symmonds still hadn’t signed and USATF notified him that he was off the team. Toni Reavis provided a good recap of the back-and-forth before the final decision came down on Sunday.

On Thursday, you might have felt Symmonds fatigue. He sells gum, writes books, appears on reality shows and runs beer miles. As someone who tries to write and talk about track and field each week, he’s a boon. But I do see how his persistent presence in the headlines made people skeptical about the ultimatum with USATF. Now that we know the outcome (at least in the short-term before the lawyers get involved) we can see that he wasn’t bluffing.

Sure it made a nice headline, but he also had a good point. His problem with the statement, a clarification of when non-Nike gear is prohibited, is perfectly reasonable. Stacked against all of the sponsorships disputes between athlete and governing body the past five years, this seems like a logical step.

If you take the temperature online, Symmonds has strong support. In the past, there has been very little follow through on issues regarding athletes’ rights. There was plenty of talk about a boycott of the 2014 USA Outdoor Championships after the controversial disqualifications from that year’s Indoor Championships went unresolved. There ended up being no boycott. The TFAA (track and field’s union) hasn’t been a consistent presence since its inception. Most campaigns haven’t gone past hashtags.

On that alone, I credit Symmonds. He’s outspoken and he’s also consistent. A generous ballpark estimate projects USATF’s approval rating somewhere below 50% amongst American athletes. Despite this, nobody has been willing to do the only thing that truly can have an impact–not compete. Granted, Symmonds is in a better position than most to sit out. He’s an established name and well compensated in track and field terms. There have been others though who have been in a similar point in their career and done nothing. And skipping the biggest meet of the year is still a significant loss of money for someone who isn’t signed on to a million dollar contract.

Would USATF have been more amenable to change the language of the agreement if it wasn’t just Symmonds? I’m inclined to think so, but they’ve defined logic in the past–waiting more than eight months to reinstate Andrew Bumbalough from the USA Indoor Championships on an incorrect, and incredibly inconsequential, disqualification. This whole episode began and ended quickly (Thursday to Sunday). Maybe if there was more time others would have signed on. USATF’s response to Symmonds amounted to telling him to wait until a better time to address the problem.  Someone as savvy as Symmonds isn’t going to do that.  He’s going to bring it up when it make the biggest impact. USATF’s job was to anticipate this problem and head it off, not wait until it bubbles over.

This is about compensation.  First, for an athlete to be freed from restrictions that interfere with their ability to make money for their sponsor at the Olympics and World Championships, and then to eventually be compensated for their participation in those same competitions.  Governing bodies can dig their heels in, but the public is becoming more aware of who gets paid and who doesn’t in “amateur” sports.  It just might take a little longer in a sport like track and field that is as fractured and individualized.  Symmonds’s ability to wear a Brooks shirt during practice may not be the monumental issue that reshapes the sport, but there is symbolic power even in a minute change.

If there isn’t an 11th hour resolution and the agreement goes unchanged it will at least allow him to establish that missing a World Championships isn’t a career killer. If Symmonds stays in Seattle, the impact will be far more damaging to USATF than it will to Symmonds.

On the competitive side of this, the American men’s 800m team loses it’s top chance at a medal. Symmonds hasn’t looked good this year other than at the USA Championships, but he’s more experienced than the other three runners on the team and always performs well in the rounds.

So, that was the week in track and field. How many days again until the World Championships? 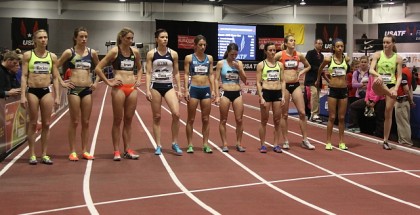 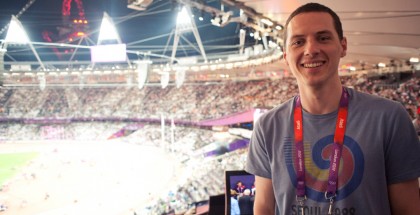