Welcome to Athletech, where we discover the gear and technology the running and track & field community uses to get stuff done. If there is someone who you’d like us to feature, tweet their name to us @DailyRelay with the tag #Athletech.

Outside of athletics, I’m also a keen photographer. I specialise in wedding photography, but I also enjoy taking shots of athletics events and wildlife.

2) What hardware do you use?

Most of my day-to-day work is done on my trusty notebook, an Asus Eee PC 1215N. I like it because it’s lightweight (ideal for taking to overseas competitions) and quick to start up. I have a desktop PC too, a Compaq SG3-130UK, but it’s starting to get a bit slow and loud. Once it has booted up though, it’s not too bad and design software is quicker to use on there than on my notebook.

I’ve had my phone, an iPhone 4, for three years now and I love it. I’m not one of these people who feels they need to update their phone with each new iPhone release; I’m happy with simply updating the iOS every year or two, which makes me feel like I’ve got a new phone.

3) What software do you use?

I’m a Google/Mozilla/Apple kinda guy. I use Gmail for my personal email account, simply because it’s way better than any other offering (hotmail, aol, etc).

For web browsing and working, I use Firefox. I’m sure one day I’ll migrate to Chrome, but for now I’m happy with Firefox. Anything is better than Internet Explorer. I’ve also recently started using Mozilla Thunderbird for my work emails, because it has useful functions (archiving, HTML emails, etc) that I don’t get with the Microsoft Outlook Web App.

The IAAF has a custom CMS (content management system), built by Haymarket, and I cannot speak highly enough of them. They’re technical and creative geniuses. All my editing is done in Microsoft Word before pasting it into the CMS and any image editing is done in Adobe Photoshop CS5.

I also use Photoshop for my photography work, while I mainly use Adobe InDesign and Illustrator for graphic design work.

Both of my personal websites (along with a few other sites I’ve built for family and friends) are powered by WordPress. I bloody love it. An immensely powerful CMS system (for free!) with endless plugins that cover pretty much any function you could dream of.

I tweet a fair bit and do so through TweetDeck. There aren’t many apps I use for work purposes, but I’m addicted to a game called 1000 Heroz. It’s a pretty basic platform game with the idea being to complete each level in the fastest time possible. I think that’s why I like it; it’s a bit like athletics in the sense that you have to try to beat your PB. A new level is released each day for 1000 days (hence the name of the game), but it will soon reach that 1000-day landmark and the game will end. I will have to find some other crappy game to fill the void in my life.

During championships, the official IAAF app is really handy to follow results on the go. I’m also a bit of a weather geek and I have about five different weather apps (Apple default app, The Weather Channel, Accuweather, Met Office & BBC Weather). You’d think they’d all tell me the same thing, but it’s amazing how often their forecasts differ. Another great game for track and field fans is Playman Track & Field. Before I got addicted to 1000 Heroz, I was hooked on this game. My high scores would put Ashton Eaton to shame.

4) What would be your dream setup?

I might soon have to upgrade both my PC and netbook. My PC is getting slow, while I’m convinced that my netbook will one day pack up on me while I’m in the middle of a hectic week at a major championships in a non-English speaking country with no nearby techy shops. I don’t yet know what exactly I’ll upgrade to, but when the time comes no doubt I’ll spend two weeks researching into the best options.

Photography-wise, I’d like to get a better back-up body. I’m thinking about the Nikon D600 or D610. It’s full-frame (like my D700) and has a video function (unlike my D700) which is something I’d like to experiment with. 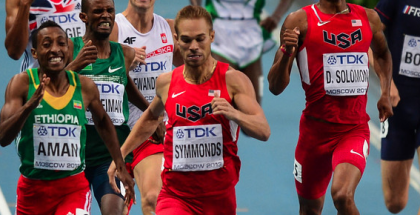 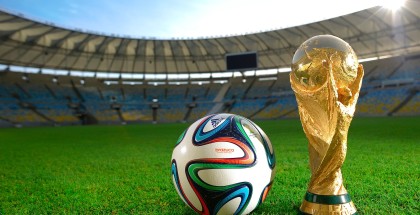