The Weekend's Best Matchups: How to Watch

This is an unusual and possibly unprecedented weekend in American indoor track and field. Both the NCAA and USATF Championships are taking place today and tomorrow. And of course you don’t want to miss any of it.

So here you go.

Here is a handy visual schedule for both meets indexed to three different time zones. It does not include the daytime events, the NCAA heptathlon and pentathlon and the USATF men’s weight throw. 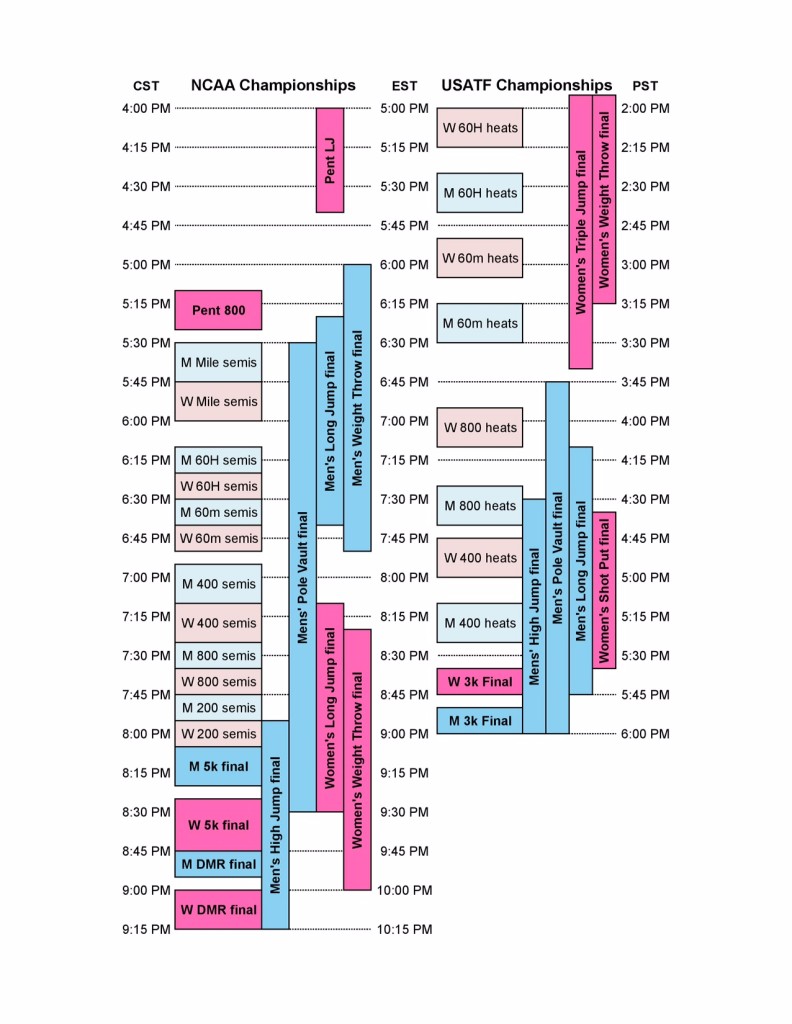 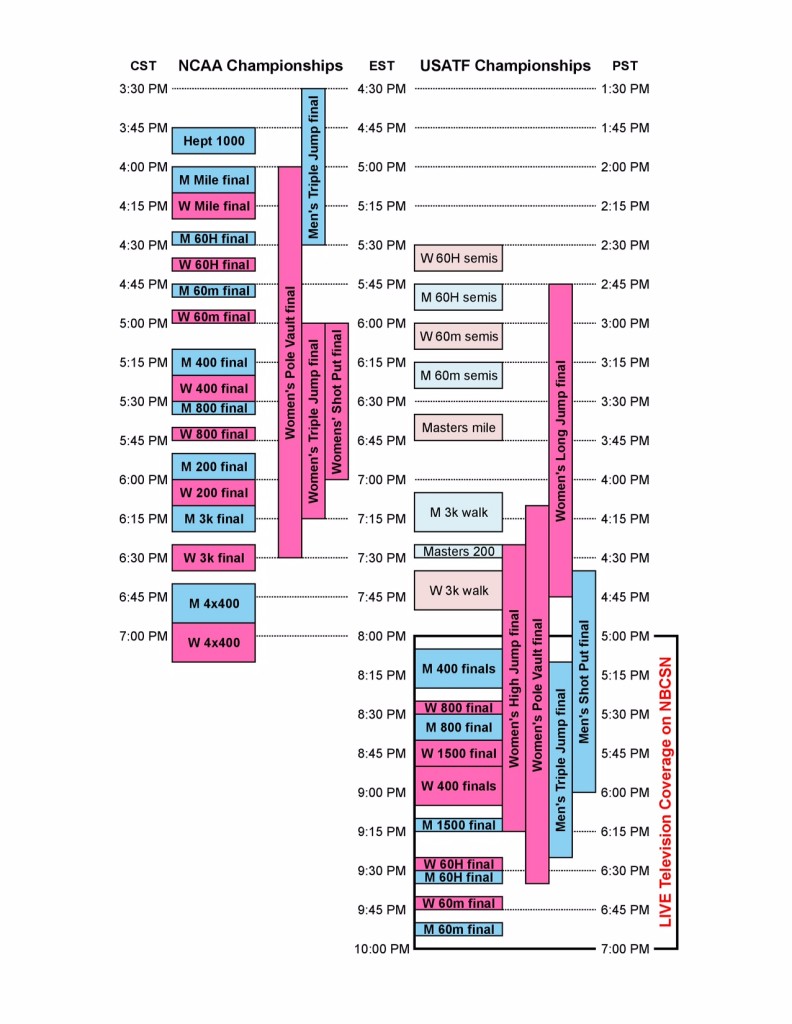