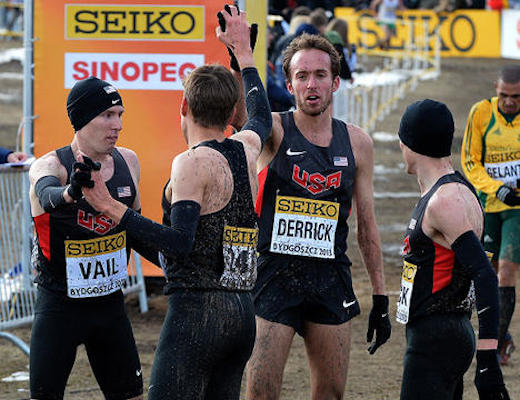 If you’re reading this, there’s a good chance that you know that the New York City Marathon isn’t the only New York Road Runners event featuring elite athletes this weekend. On Saturday morning, several top runners and thousands of local amateurs will run from the United Nations, on the east side of Manhattan’s Midtown, to the finish line of Central Park in a 5K road race called the Dash to the Finish Line 5K.

We spoke with the last two in long interviews, and you’ll hear from them in this space in the coming weeks. For now, here’s the Stanford grad (Derrick) and the Dartmouth alum (True), who finished 3-4 in the 10,000m at the USA Championships, on their goals and how they’re feeling heading into Saturday’s race. Clearly, two-plus months after the end of their European seasons, both are seeing this more as a tune-up or a fun chance to test their fitness and visit New York than as a purely competitive endeavor.

Derrick: I mainly would just not like to get last in my group [the elites]. I took some good time off after Brussels [where he ran a 5,000m personal best].  Really, I’ve only begun to do running every day the last couple of weeks.  Certainly my fitness is not spectacular.

I really want just to soak it in and enjoy the experience. I think a lot of guys are in the same situation, makes it fun ‘ kind of no pressure to compete, just see where everyone’s at. Not that it’s really gonna matter much down the road. ‘ People enjoy seeing a bunch of really accomplished runners. It’s not just Sunday but Saturday as well. Just want to run respectable.

In a 5K, I’m feeling pretty fine [he suffered an Achilles injury between nationals and worlds]. I had my first tough workout of the year earlier this week, and I was a little sore coming off of that, but I think everything should be fine.

True: Saturday I’m looking to finish. I haven’t been doing a lot lately. I got a little dinged up after coming back from Italy [IT band]. I took a scheduled downtime and came back to running and ramped things up too quickly too soon or something but had to back it up. I’ve been doing a lot of cross training ‘ just started running up again.

I’m here. I can run, but I’m not putting any expectations on myself. Just get to the finish line and being able to put in a little bit of an effort would be the best thing for the day. It’ll be my first hard effort back. Making sure all systems are go for the rest of the year. 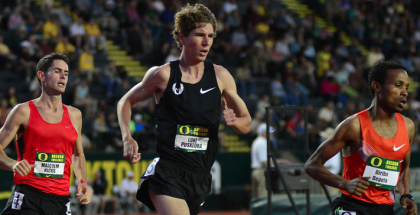