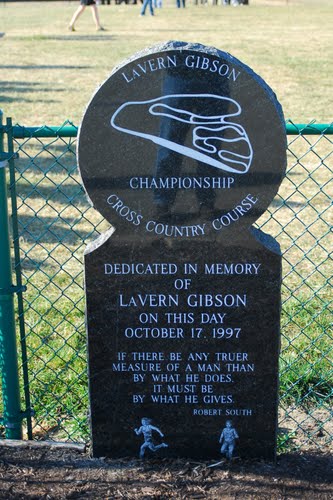 The road to the NCAA Championships in Terre Haute began this weekend.

After four weeks of tune-up meets we’re finally in the part of the season where winning and losing matters. Beginning this weekend, teams can accumulate points towards NCAA Championships qualifying. We had several good meets, so let’s see what happened.

Cowboy Jamboree: The good get better
Oklahoma State is the nation’s #1 men’s team and they proved it here, handily beating #2 Northern Arizona by a score of 29 to 57. The Cowboys put five runners in the top twelve against very good competition, and right now they look essentially unbeatable. Northern Arizona rested three of their A-team runners (Nathan Weitz, Matt McElroy, Korey Krotzer) but their presence still wouldn’t have made this particularly close.

It’s reasonable to expect that most or all of the above will finish in the top 25 at the NCAAs–five did it last year and the other three have made huge improvements since last fall. Oklahoma State has four of those projected top-25 finishers. The Cowboys are going to be very hard to beat.

The women’s race was won by #22 Oklahoma State, but unranked Kentucky was only 18 points behind. The Wildcats’ Cally Macumber won the individual title by 8 seconds over Oklahoma State’s Monika Juodeskaite (41st at last year’s NCAAs).

Coast to Coast Battle in Beantown: Providence wins, but…
Providence, the #1-ranked women’s team, beat defending champions #3 Oregon plus #8 Cornell at Boston College’s invitational in historic Franklin Park. By itself, this only means so much; the Friars ran all their top athletes while Oregon held back several. But there may be one source of concern.

Providence relies on the services of three extremely good runners: Sarah Collins (10th at last year’s NCAAs), Emily Sisson (15th), and Laura Nagel (35th). Those three finished 1-2-4, and freshman Catarina Rocha took seventh. It was a rather large gap back to the fifth runner and another large gap to their sixth. If the #1 team has a weakness, it may be depth.

Oregon’s men’s team is ranked #12 but they probably deserve much higher than that. They dominated the competition, handily beating #9 Syracuse, #25 Providence, and #8 Wisconsin among others. True freshmen Edward Cheserek and Jake Leingang took first and second overall, and a solid supporting cast ran in a solid pack and put three more in the top eight. Doing all this without top-notch transfer Eric Jenkins is a great sign. A not-so-great sign is that track All-American Parker Stinson did not run well at all.

Rocky Mountain Shootout: Colorado guns ’em down
The Buffaloes are the #3-ranked men’s team and the #15-ranked women’s team and both won their own Rocky Mountain Shootout. Two of Colorado’s top four men were true freshmen running unattached. The interesting result in the women’s race was the individual winner: high school senior Elise Cranny. Fifth was Melody Fairchild, the onetime high school phenom who struggled in college, disappeared from the scene, and has now returned as one of the world’s best in the little-known sport of fell (mountain) running.

Roy Griak: Unheralded Colorado State
#4 BYU won Minnesota’s Roy Griak Invitational to stay undefeated on the season, the result that was expected. What was very much unexpected was the runner-up finish by Colorado State, defeating #29 Arizona State and #24 North Carolina State. The Rams haven’t received a single vote in any national poll this year and are ranked just 7th in the Mountain region. From CSURams.com:

“The men ran phenomenal,” said Head Coach Art Siemers. “They came in and we had expectations for ourselves, but the rest of the country didn’t have us on their radar. Our men were confident, and we were talking about running up as a pack and trying to move up as a pack, because we’ve been training really well and the team knows that we’re a good team.”

The other surprise of the meet was Adams State, the #1-ranked team in Division II.

The top two runners for the D-II powerhouse (see below) are D-1 All American quality. Tabor Stevens and Kevin Batt were second and third at last year’s Division II championships, and here they defeated all but BYU’s Tylor Thatcher (a runner good enough to garner a recent interview with Running Times). Among the vanquished foes:

You’d have to say that Stevens and Batt appear to be as good or better than all but a handful of D-1 runners. But as is often the case with teams from lower divisions in college, high school, or anywhere else, the Grizzlies lack the depth of top-end D-1 teams and could do no better than fourth in the team standings. They were only eight points behind #29 Arizona State and beat #26 NC State. I’d guess Adams State would qualify to the national championships if they were allowed to compete in Division I, a remarkable achievement for a university of 3,500 students with a D-II scholarship budget and located in the middle of nowhere.

The Roy Griak women’s race was won by #5 Arizona, as expected, with #12 Michigan State second. A bit of a surprise was #29 Butler, who finished third and beat three higher-ranked teams. Arizona State’s Shelby Houlihan won by a rather wide margin over Elvin Kibet, Arizona’s All-American.

The top thirty teams and what they did…
MEN

Every week I’m taking a look at college cross country outside of the NCAA’s Division I. This week it’s Division II.

About 300 teams compete in Division II, which was created in the NCAA’s 1973 reorganization which split the “college division” into D-II and D-III. This year’s D-II national championships will be in Spokane, Washington, on November 23. Thirty-two teams will qualify via eight regional championships, and the number of qualifiers from each region is predetermined based on last year’s nationals results. The top three individuals at each region who are not on qualifying teams will also advance to the nationals.

Who are the teams and individuals to watch this year?

MEN
The dominant program in D-II cross country is Adams State, the program built in Alamosa, Colorado, by ASU alum Joe Vigil in his 28 years of coaching. Vigil is best known for coaching elites and bringing the 1968 Olympic Trials marathon to Alamosa, but his collegiate teams were juggernaughts. Someone with way too much time on their hands figured out that his win-loss record was 3,014-176 from 1965 to 1993. The Grizzlies have been just as good since Damon Martin took over the coaching duties, winning four of the last five national titles.

Their major competition for the national title should come from Western State, their rivals in the Rocky Mountain Athletic Conference. WSU won the NCAAs two years ago and has a total of eight in school history. Other anticipated top teams include Grand Valley State, Chico State, and Augustana.

The top individuals in D-II, as noted above, are Adams State’s Tabor Stevens and Kevin Batt, second and third at last year’s NCAAs. Other top returnees include Matthew Daniels, also from Adams State, and Lock Haven’s Alex Monroe.

Adams State beat Grand Valley State at the Roy Griak Invitational. #1 Adams State and #2 Western State will meet for the first time this year at the RMAC Championships in Silver City, New Mexico.

WOMEN
Adams State is a powerhouse in women’s cross country too, but the #1 team in the polls right now is Grand Valley State in Allendale, Michigan. The Lakers return their top five from last year’s NCAA Championship-winning team, and defeated Adams State over the weekend in the D-I race at the Roy Griak Invitational. Other expected top teams are Augustana, Western State, and Alaska Anchorage. Until the NCAA Championships, the only other time top teams will face off are when Adams State and Western State meet in their conference and regional championships.

Teams of the Week
Oklahoma State gets the men’s award for their display of power at their own Cowboy Jamboree. Honorable mention goes to Colorado State for blowing up the rankings with their second-place finish at the Roy Griak Invitational.

Providence gets the women’s award for beating two top-ten teams at the Battle in Beantown.

In the style of professional hockey, here are my three stars of the weekend…

MEN
First star: Kennedy Kithuka, Texas Tech. He went out and laid waste to a very good field at the Cowboy Jamboree. He still has never lost an NCAA cross country race.

Second star: Edward Cheserek, Oregon. Not many athletes can claim an undefeated career in college cross country, but Cheserek can. The freshman is one for one now, and teammate and fellow Jake Leingang was only fractions of a second behind.

Third star: Jacob Morgan, Colorado State. All of Rams’ runners have made huge improvements since last year to finish second at the Roy Griak Invitational, but Morgan might be the most improved. He was 18th in a competitive field of 245 runners, while the highlight of last year’s season whas his 19th out of 46 runners at the Mountain West Championships. He didn’t finish in the top 100 at either the Greater Louisville Classic or the Wisconsin Adidas Invitational last year, but he will do better than that this year.

WOMEN
First star: Cally Macumber, Kentucky. She struggled at the end of last track season but has bounced back well. Her win at the Cowboy Jamboree was her second victory in a row.

Third star: Summer Spillane, Middlebury. The Panthers are ranked #10 in D-III and beat #3 MIT and #4 Williams at the Purple Valley Invitational on Saturday. They did it with depth and pack running. It was a tight win by just five points, and fifth runner Spillane sealed the win with a 12th-place finish. A year ago, she was 42nd in this same meet.

Course of the Week: Belmont Plateau
This is considered the classic course in the mid-Atlantic area, and has an entire webpage dedicated to its informal history. It is located in West Philadelphia with a fantastic view of the downtown skyline, and is enjoyed by more than just runners. When Will Smith rapped “Out in Philly we be up in the parks/ A place called the Plateau is where everybody go”, he was talking about Belmont. Its hills have names like “Surekill” and “Parachute” and it hosted the 1976 AAU National Championships.