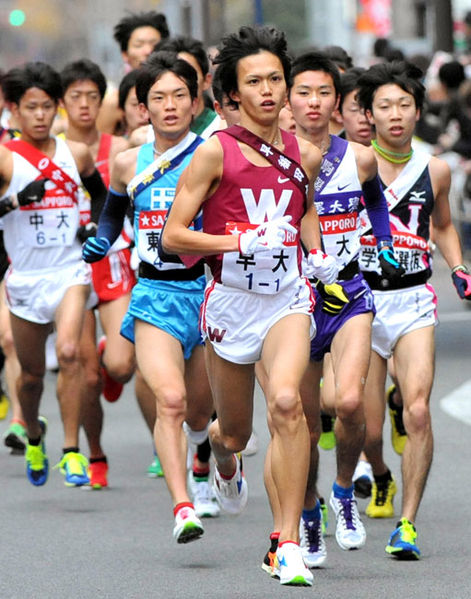 In Japan, the New Year is for running fans.

Happy New Year and welcome to our new feature, our daily afternoon news roundup. You can expect to see a roundup of the day’s track and running news each afternoon at about 3:00 (Eastern time).

The men’s 10k race at the Boclassic Sylvesterlauf in Bolzano, Italy, went down to the wire. Imane Merga held off Wilson Kiprop by a tenth of a second. The women’s 5k race was won by miler Maryam Jamal, who pulled away from World 10k silver medalist Gladys Cherono over the last 300 meters.
More from EthioSports

And in Maebashi, Japan, the New Year Ekiden, a seven-leg 100 kilometer relay race between corporate men’s teams, was won by the Konica Minolta team for the second straight year. Next up is the Hakone Ekiden on January 2 and 3, a two-day 218km college men’s relay which is just as popular in Japan as March Madness is in the USA.
More from Japan Running News

Today’s video of the day: the dramatic finish of the 2011 Hakone Ekiden