The Weekend's Best Matchups: pros at Rabat Diamond League, Hoka One One Classic, and more 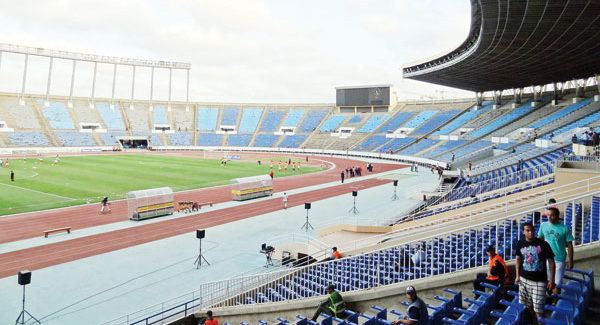 The Weekend’s Best Matchups is back after a long absence, and just in time as the pro action is heating up. There’s a wide array of competition this weekend, a IAAF Diamond League meet in Morocco, an IAAF World Challenge meet in the Czech Republic, USATF’s Hoka One One Middle Distance Classic on the Occidental College Campus, and more.

I have a lucky thirteen matchups for you to follow this weekend. My pick for the best of them brings together three rivals at the newest meeting on the Diamond League circuit.

Bondarenko vs Kynard vs Tamberi

There have been three important high jump competitions this year, and the three men above have each won one of them. Bohdan Bondarenko (Ukraine) was the superstar of 2013 and ’14 but came back to Earth in 2015; he won the Diamond League meet in Shanghai. Erik Kynard (USA) got his first Diamond League win ever two weeks ago in Doha, and that it was his first is a bit surprising considering how good he has been and for how long. Gianmarco Tamberi won the World Indoor gold medal over Kynard and others.

Renaud Lavillenie (France) is the undisputed #1 pole vaulter in the world. His only recent shortcoming was finishing third at last year’s Worlds, which was won by Shawn Barber (Canada), then still a junior at the University of Akron. Barber then signed with Nike and had a great start to his first pro season, but like most pole vaulters he’s been up and down since then.

Yego vs vs Rohler vs Vadlejch

You can’t come up with a better story than Kenya’s Julius Yego, a man who taught himself to throw the javelin via YouTube videos and who worked his way up to being world champion. This is his first meet on the international circuit this year, and his best competition may come from Germany’s Thomas Rohler, who won the first Diamond League competition of the year last week, and the Czech Republic’s Jakub Vadlejch, the early world leader and home favorite in Ostrava.

The pole vault is not as physically destructive as other events and that means we get to see the best compete much more often. This weekend, Cuba’s Yarisley Silva will face off against the USA’s Sandi Morris twice, in the Czech Republic on Friday and in Morocco on Sunday. Silva is the reigning world champion and Friday is her season opener, while Morris is riding a nearly unprecedented hot streak and already has one Diamond League win under her belt.

The Great CityGames is one of the “street meet” competitions that have become popular in recent years. The competition is a bit lacking in big names and even more lacking in races that will be competitive, but the women’s 100 looks like a good fight between Dafne Schippers (Netherlands), the heptathlete-turned-star-sprinter, and Tianna Bartoletta (USA), the reigning world long jump champion who is also a top-notch short sprinter.

Jager vs Huling vs Hughes

On some level, the Hoka One One Middle Distance Classic is less about racing and more about getting qualifying marks. None of these three need them, so this one is likely to be some bona fide racing. Evan Jager is basically the best non-Kenyan steeplechaser in the world, except for when one of his Bowerman Track Club teammates beats him. Dan Huling did that at last year’s World Championships, where he finished fifth and Jager was sixth. Almost right behind in eighth was Matt Hughes, another Bowerman TC runner and the Canadian record holder.

Martinez vs Roesler vs Ludlow

The 800 meters is possibly the deepest event in US distance running, but there is only one true star: Ajee Wilson. She’s not entered in this meet, and neither is Chanelle Price (the 2014 World Indoor champion) or Alysia Montaño (who has been on every US World/Olympic team since 2011).

Pretty much every other contender for the US Olympic team is here, led by Brenda Martinez (New Balance/Big Bear TC), Laura Roesler (Nike), and Molly Ludlow (Saucony). Martinez is a two-time Diamond League winner and a bronze medalist at the 2013 Worlds, and Ludlow and Roesler are rising stars. Super-miler Shannon Rowbury (Nike Oregon Project) is in the race mostly for conditioning, and some others with outside chances are Phoebe Wright (Nike) and McKayla Fricker (Brooks/High Performance West).

Manzano’s 2016 has been rocky so far. He changed coaches, from John Hayes to Ryan Ponsonby, and missed three weeks of training in February due to pneumonia, shuttering his indoor season. With a late jump on outdoors, he finished a well-beaten 5th at the Texas Relays on March 31, running 1:49.92 for 800, his slowest outdoor mark in 10 years. He hasn’t raced since then. . . Manzano has bounced back from challenging circumstances before — one need only look back two years ago. In 2014, Manzano entered the year sponsorless and in the midst of a coaching change and ran just 3:59 for the mile to finish fourth at the Adrian Martinez Classic in his final race before USAs. He wound up winning his second U.S. title and running a PR of 3:30 for 1500 later that summer.

He’s got some good competition, such as Garrett Heath and a comebacking Andrew Wheating, but they are almost secondary.

The Windsor Open is one of the better spring meets in Canada and its close proximity to the US means that a good number of Michigan-based runners often show up. Four years ago a local high school kid named Brandon McBride ran the 800 against Olympic silver medalist Nick Willis of New Zealand and beat him. Willis will be here again and is the most accomplished of the “Very Nice Track Club”, but America’s Will Leer and Britain’s Lee Emanuel aren’t exactly chopped liver either. Most of the top Canadians are in this race too; veteran Nate Brannen plus Taylor Milne and Jeremy Rae. There is no live webcast of this meet, but yours truly will be there offering live coverage via Twitter.

Caterine Ibarguen (Colombia) has a long winning streak going – 32 meets now – but she really had to work to keep it alive two weeks ago in the Diamond League opener in Doha. She and Yulimar Rojas (Venezuela) staged a back-and-forth battle that saw the lead change four times and the meet record was broken three times. They’re back at it again here.

The organizers chose to close the meet with this race, a rematch of the top two at 3000 meters in the Doha Diamond League meet. Ethiopia’s Almaz Ayana is the reigning world champion at 5000 meters and won that 3k race two weeks ago, while Kenya’s Mercy Cherono was second.

Formulaic Bolt, summer track in the US, false start in Shanghai + reliable rabbits