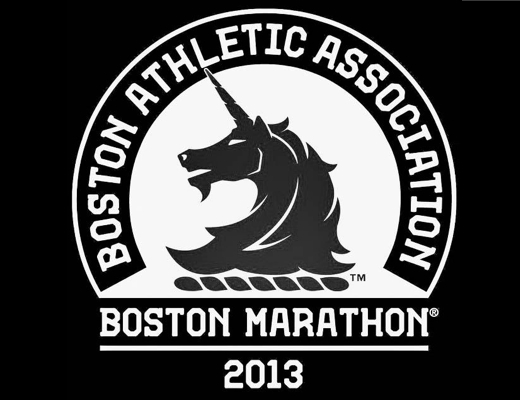 At 9:15 a.m. (PST), I watched the winners. I saw the brilliant tactics of Lelisa Desisa that capped off an exciting 3-person sprint finish in the men’s race. I saw the incredible last 4 miles by Rita Jeptoo that turned a close contest into an easy win. I saw Shalane Flanagan’s valiant, but unsuccessful attempt to be the first American to win Boston since 1985 and the unsponsored and unheralded Jason Hartmann score his second consecutive 4th place finish.

At 11:15, I watched online as my dad, the man who introduced me to running, crossed the finish line. I’ve run more miles with him than anyone else. When he made his return to the marathon after more than a 20-year hiatus, I joined him for a few miles as he raced to a Boston qualifier last May. Not a fan of big crowds, he was reluctant to enter the race. I told him that Boston was different, that the atmosphere was unlike any marathon in the world. This wasn’t just a celebration of participation, but a tribute to the real runners. Every runner has to run Boston if they get the chance I said.

At 12:15, I watched the blast. I saw the horrible the images that looped on my television screen. I saw the apocalyptic scenes of detonation, bloodstained sidewalks and panicked runners fleeing Boylston Street. I saw the man in the orange jersey who wobbled and crumbled to the ground just steps from the finish. I saw the woman in the white hat who, perhaps out of habit or extreme fatigue, dutifully continued running amidst the chaos. And there are the two race volunteers in yellow jackets. Moments after the blast, they grab each other in terror and sprint to safety.

At 1:45, I watched chaos. I saw my brother’s name pop up on my phone soon after the news broke. My mom and sister were in Boston as well. My mind raced as I tried to do the math in my head to predict where my dad could be in relation to the finish line. I factored in his time and used my best calculation of how long it would take him to move through the finish chute. Thirty minutes later, I received a call from my mom and sister. They were evacuated from the T and had to walk six miles to reach the finish line. An hour later, they found him. Always calm under pressure, he was at their prearranged meeting spot somewhere near the Hancock building. His two-hour wait was a minor inconvenience.

At 3:00, I watched the news again. I saw the reports of the dead and wounded and the speculation about who was responsible. I thought more about the man in orange jersey, the women with the white hat and the volunteers in yellow.  I’ve never been a first responder.  I’ve never been to war or found myself in a disaster zone.  As much as I’ve seen those events on my television screen they are disconnected from my reality.  But I’ve run races.  I’ve experienced the simple struggle of trying to cross a finish line.  Tears formed when I watched the runners in Boston trying to do the same.

At 4:30, I looked in my email. I found a message from my dad from the week before. Bib number is 17424, starting Monday morning in wave 2 at 10:20 eastern. Survival e-mail will be sent Monday evening.

Survival. On this Marathon Monday, the word took on an incomprehensible meaning.