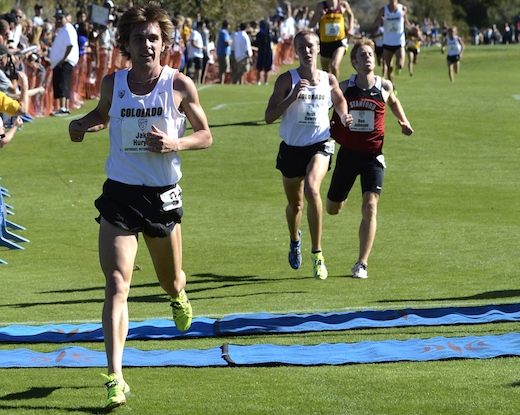 Welcome back to 5 Questions, where we pick the brains of people from all areas of the running scene. Today, we were lucky enough to catch up with Jake Hurysz as he returns from injury. Check out his website jakehurysz.com and follow him on Twitter @jakehurysz and Instagram.

1. Daily Relay: You were injured for cross country season. How is the running going these days? Are you planning on running indoors?

Jake Hurysz: I unfortunately got banged up in the summer. I made an attempt at a comeback, but saw that the team was just as strong without me! Decided it would be smart to take my time coming back and save a year for the following fall. Running is going well! Just listening to the coaches and getting ready to race. I’ll open up with a mile at the UW invite here in a few weeks.

2. Daily Relay: Since transferring to Colorado, you’ve run a very impressive 5000, as well as strong 1500’s and an All American designation in cross. What is it about Boulder and Coach Mark Wetmore that made you pick CU after you left the University of North Carolina?

Jake Hurysz: I spoke very frequently with my high school coach about this once I decided to leave UNC. He helped guide me in the direction that I needed to go. After taking my visits, talking with coaches and athletes at the other schools, I decided that CU was the perfect fit for me to continue my running career and that it would give me the best chance at running after college. Also, Coach Wetmore has done amazing things with his professional athletes, which was a big turn on for me.

Daily Relay:  What are some of your favorite runs or places to run in Boulder?

Jake Hurysz: There are so many different places to run in Boulder! I would say that our “best” training venue would be Coot Lake. Anyone who has spent time in Boulder probably has checked it out. You can run on the dirt roads, the single track trails and even mimic some of my favorite places to train in North Carolina like Umstead (Park). However, my favorite place would be a run we call Rollinsville. It’s at 9,000 feet and has some of the most gorgeous scenery we have to offer. It is relatively flat for how high it is, too.

3. Daily Relay: The team at UNC that you were recruited for made nationals for the first time in many, many years this fall. Were you able to congratulate them and do you keep in touch with those guys?

Jake Hurysz: I still keep in touch with those guys quite often. Whenever I go home, I always make a point to go up and see them. They have been more than supportive of my decision and always congratulate me after a good performance. I was really happy for them and actually got to congratulate them at NCAA’s. That team is doing great things and will only continue to get better.

4. Daily Relay: You really took off on the national level during your senior year of high school with a strong finish at Foot Locker nationals and a win at the Arcadia 3200. Your coach then, Chris Catton, has had a lot of success. What is it about him that helped you get to that next level?

Jake Hurysz: Coach Catton was more of a friend to me than a coach, I would say. At that time in my life, that’s what I needed most. With that being said, he would stay on my butt. He was a mentor, a friend, and a great coach that I would still run for today. He knows what he’s doing, and he has a very effective method in the way he relates to his athletes. I still talk to him every day. It never fails. Either a call, text, or Snapchat. Not a day has gone by that we haven’t had contact. That’s what makes him such a great high school coach.

5. Daily Relay: What are some of your goals moving forward? In outdoor, and of course with the strong cross team that CU will have in the fall?

Jake Hurysz: Goals for me are to finish well at the NCAA Championships. As long as you put yourself in position to win races, the times will come. Staying healthy is also a big key for me now. I’ve started taking the little things much more seriously and have started focusing much more. As for the fall, that’s way in the distance. But obviously we have some lofty goals there, since we’re returning everyone from the team last season. 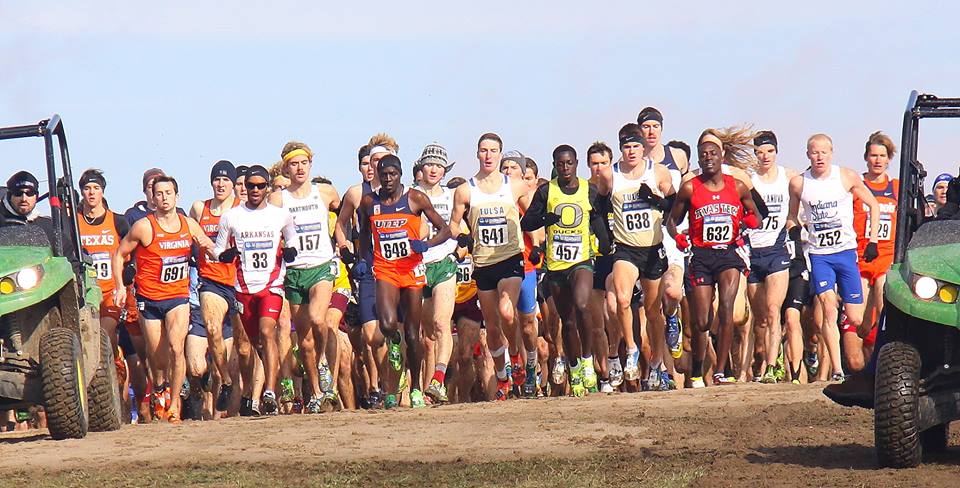 Run it Back: Emma Coburn on the American record, her first steeplechase and meet... February 12, 2015 | Kevin Sully 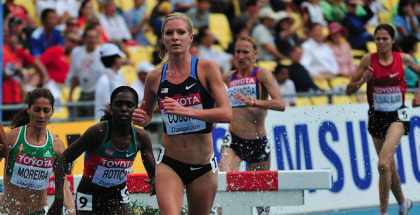