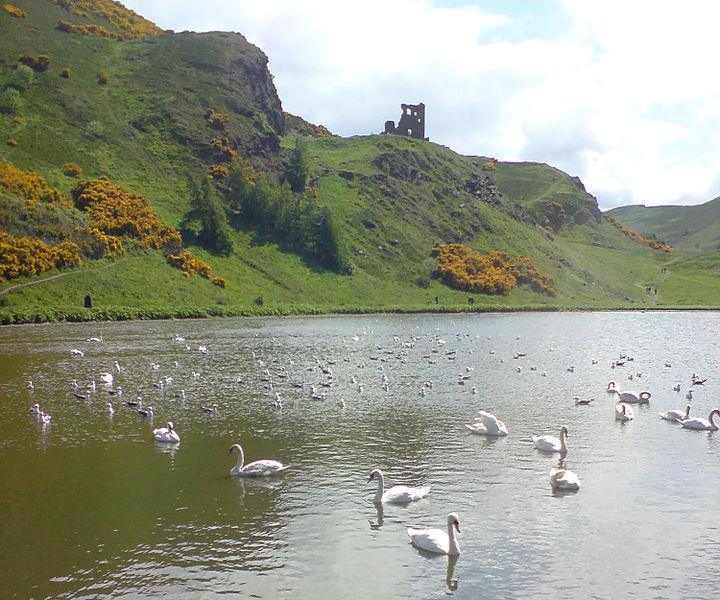 We’re still very early in the year and things are still ramping up, so the list is not very long. But the first of the weekend’s best matchups is a great one.

1. USA vs Britain vs Europe

The 25th edition of the Great Edinburgh XCountry is an all-day affair featuring all kinds of age-group races and a mass-participation race, but the main events are three pro races. The first, at 8:21am ET, is a men’s 4k race (see below), which is still a bit of an undercard event. The headline action are men’s and women’s team competition between teams representing the USA, Britain, and Europe.

The USA’s Bobby Mack is the defending men’s individual champion and is back, along with Chris Derrick. Two-time defending women’s champion Fionnuala Britton is also running (the Irishwoman is on the European team) but has been off to a bit slower start this year due to recovery from an injury.

Last year the Europeans won the team title, with the Brits second and the Americans last. The site of the race is Edinburgh’s beautiful Holyrood Park, which once hosted the World Cross Country Championships.

Until last fall, I was ready to write Kenenisa Bekele off as hopelessly past his peak. The 5k and 10k world record holder had battled injuries and been only a shadow of his former self. But at September’s Great North Run he outkicked Mo Farah in a battle for the ages and served notice that he’s got some life in him yet.

Still, his little brother Tariku has beaten him three straight times since 2012, whereas he’d never done it before. Tariku now has an Olympic bronze medal at 10,000 meters and is one of the world’s best long-distance runners.

Asbel Kiprop is not a long-distance runner but a miler, and one of the best ever. So this 4 kilometer distance straddles is right in the middle of all of their skills, too short for the Bekeles and too long for Kiprop. Note that Kiprop won the Great Edinburgh race two years ago when it was one kilometer shorter; it’s hard to say whether the extra kilometer is enough to tip the scales towards the Bekeles–one of whom, Kenenisa, is now training for his marathon debut.

Ayalew and Cherono are two of the best women’s runners in the world right now and both won their last outings. Cherono, who won silver in the 5k at last summer’s World Championships, won the Cross Internacional de Venta de Banos last month. Ayalew just missed out on a Worlds medal in the steeplechase and won Italy’s Campaccio cross-country race last week. The third contender in the race is Linet Masai, the former World Champion at 10,000 meters.

The men’s race is a tough one too, with Diamond League steeplechase champion Conseslus Kipruto and 26:51 man Emmanuel Bett.

The UAB Blazer Invitational is mostly a college affair, but there are some pros entered. This should be a good women’s 60 meter final. Bartoletta (nee Madison) missed most of the 2013 season but is a pretty good sprinter when she’s healthy; she was the ’12 USA indoor champion at 60 meters and was part of the world-record setting 4×100 relay at the Olympics. Asumnu, a former World Indoor Championships finalist at 60 meters, could give Bartoletta a push.

Dixon and Daniels are slated to race each other in the first heat of the 200. Dixon is the 2012 NCAA indoor champion at 400 meters for Kansas while Daniels, now a Kansas alum, scored top-eight finishes at the NCAA 200 meters last year both indoors and out.