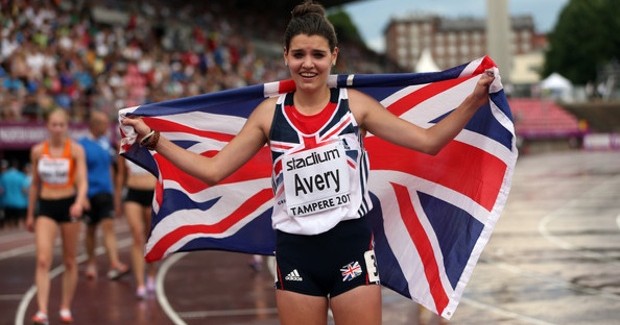 I’m back after a long forced absence, and so is the Weekend’s Best Matchups!

It’s still very early in the season and there’s not a lot of the traditional types of matchups happening. There are a lot of college duals and triangulars, though, some of them based around traditional rivalries. There are also some good distance races on tap in cross country and on the roads.

Here are your top nine matchups, presented in chronological order.

This is the second year in a three-year series pitting the three Division I teams in the Sunflower State. Kansas State won both the men’s and women’s titles last year, but “mid-major” Wichita State came up just one point short of the win in the men’s competition.

The IAAF preview is promoting this as a battle between Ireland’s McCormack (nee Britton) and Britain’s Avery, the former NCAA champion for Iona. Last week they took the top two spots at the Great Edinburgh Cross Country, with McCormack coming out ahead by four seconds. Two other names to watch are the last two champions of this race, Mimi Belete (Bahrain) and Birtukan Fente Alemu (Ethiopia).

East Carolina is also in the meet, but the lion’s share of attention goes to these three rivals.

I have no idea when the last time Notre Dame and Wisconsin met in a dual meet, but I do know that the first time was in 1891, when the Fighting Irish won an indoor meet over the Badgers by the score of 47 to 41.

Bitter dual meet rivalries are hard to come by these days in college track but this one does tend to be intense. The Hoosiers already have a dual under their belt against Tennessee (their men won and women lost), a revival of an indoor series held through the 70s and 80s.

Baker and Teeters were first and second in this event at last year’s NCAA Indoor Championships. This is very early in the season and there’s no guarantee that both will contest the final, but if they do it should be the race of the weekend.

As the meet title implies, the UW Preview is a “low-key” (read: boring) affair, but a few pros are entered in the distance races. Conley was on the US team for the 2012 Olympics and 2013 Worlds in the 5000 meters, while Sifuentes has been on numerous Canadian international teams in the 1500. Here they meet in the middle.

On paper this sounds like an awesome race. Dibaba is the reigning IAAF World Half Marathon champion (and runner-up at last year’s Boston Marathon) while Wacera was second at the 2014 World half.

Ethiopia’s Haji, the 2015 world junior cross country champion, and Uganda’s Toroitich, fifth in the senior cross worlds three years ago, are both angling for a win. Haji was runner-up at the Cross Campaccio Internazionale on January 6th, while Toroitich was seconds at the Cross Internacional Zornotza four days later.