The Scoreboard
No Comments 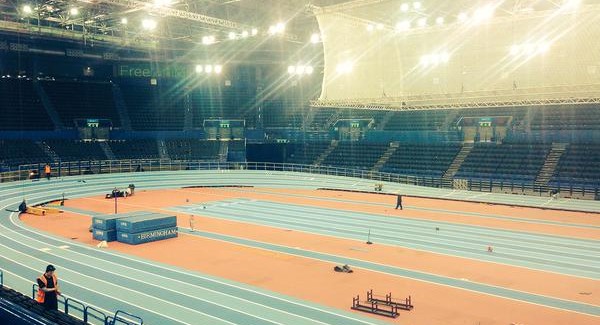 Every Friday I preview the weekend’s best matchups, and every Sunday I take a look at how it all turned out. Let’s see what happened.

Gebreslase vs Muir vs Hasay: Ghribi

The women’s 3000 meters at the Sainsbury’s Indoor Grand Prix went to Habiba Ghribi (Tunisia), who might end up as Olympic steeplechase champion once all of the Russian doping kerfuffle is sorted out. Jordan Hasay (Nike Oregon Project) was third with a new PR, Gotytom Gebreslase (Ethiopia) was fifth, and Laura Muir (Great Britain) was sixth.
Results

Jimoh vs Spanovic vs Nettey: Johnson-Thompson

Christabel Nettey (Canada) broke her own national long jump record on Thursday, but on Saturday in Birmingham the win went to Katarina Johnson-Thompson (Great Britain), who broke her own national indoor record. The rising heptathlon star set the British indoor high jump record earlier in the week, which means “rising” may no longer be the right description. Nettey was second, with the second-best long jump in Canadian history.
More from the BBC

Vincent Kibet (Kenya) came away from Birmingham with his second win of the 2015 indoor season and the year’s third-fastest time. Nixon Chepseba (Kenya), who had been the world leader at 3000 metesr, was fourth in a dead heat with Ben Blankenship (Oregon TC/Nike). Matthew Centrowitz (Nike Oregon Project) had his first flameout of the year and finished tenth.
Results | Video

Axumawit Embaye (Ethiopia) outran Shannon Rowbury (Nike Oregon Project) in Birmingham over the last lap and posted the year’s second-fastest mile; Rowbury now has the other three of the top four.
Results

Farah vs Lagat: Farah, with a bullet

Both Demi Payne (Stephen F Austin) and Sandi Morris (Arkansas) have both broken the collegiate pole vault record this season, and Payne holds the record now. Morris won on the countback, then won a jumpoff against pro April Steiner Bennett. Payne and Morris have split their two head-to-head meetings this year, and the indoor tiebreaker will fittingly be at the NCAA Championships in two weeks.
More from Arkansas Online

The two most accomplished marathoners in the men’s field at the Tokyo Marathon were Stephen Kiprotich (Uganda) and Tsegay Kebede (Ethiopia), but the winner was Endeshaw Negesse (Ethiopia). Kiprotich, the reigning Olympic and World champion, finished second with a new PR.
More from the IAAF

Kleppin vs the world: the world

Lauren Kleppin (Asics) was the lone elite American entry in Tokyo and it didn’t go so well for her:

Tough one for Klep. #TokyoMarathon "I went out too fast. The last 10k was the longest of my life." – @laurenkleppin pic.twitter.com/gvdPUJSw2A

The favorites, Dathan Ritzenhein and Jen Rhines, both won the Gasparilla Distance Classic half marathon in Tampa this morning. Both have been at the top for an awfully long time. Ritz won comfortably in an effort that was supposedly just a long training run, and Rhines is now the 4th-fastest American masters woman ever.
More from MLive