In one of two Q&A’s we’re running today on steeplechasers who went to Princeton and run for the New Jersey*New York Track Club, we spoke to 2012 Olympic and 2015 World Championships steeplechase finalist Donn Cabral ahead of his appearance in Saturday’s Dash to the Finish 5K in New York.

Cabral, who won the race in 14:14, plans to finish out his season on the roads in the .US National 12K Race in Alexandria, Virginia, on Nov. 15 and the Manchester Road Race in Connecticut on Nov. 26. Cabral discussed his success on the roads, his 2015 season, the trajectory of American steeplechasing, whether the U.S. should move Trials and much more. We started the conversation by hearing from him on the subject of the companion Q&A, long-time teammate and fellow steepler Ashley Higginson.

We just spoke to Ashley Higginson, and she talked about knowing you for more than seven years. What’s it like having a fellow world-class steepler on your team, especially someone that you’ve known for so long?

We’ve been probably been friends since about the fall of 2008, and we’ve gotten better friends every year. And it helps that now we’re on the same team again. We do talk a lot — we’ll run together. We’re good enough friends where we don’t always just talk about running, but I think when we do, we have very different feelings on the sport and training. So it’s nice to have a different opinion on things, and she’s comfortable telling me when she thinks I’m saying something silly, and I think the same way to her, too.

You originally trained in Washington as a professional but decided to come back east. What’s the experience been like with NJ*NY?

I’m just starting my third year right now with NJ*NY, and it’s been amazing. In joining NJ*NY, not only have I become closer to a lot of my support system, but I’ve also built a new one within the NJ*NY team. They’re a good crew to have around and very supportive, which I think everyone needs, especially as they’re doing something as stressful and monotonous and difficult as running.

Are you happy that there are more training groups to run with in the East now and you’re not forced to move to Oregon or Washington to train at an elite level?

When I first was looking to join New Jersey*New York Track Club, I met with Coach Gags [Frank Gagliano], and he gave me this big hug and welcomed me to the team. He’s like, “Donn, do you (know) why I think you’ll be good for the team and why I really want you on the team?” And I was thinking that he was going to say he saw me at Penn Relays, he likes the way I finish races or my toughness or how hard I train — all the reasons that people are confident in themselves. And his answer, why he wants me on the team, is because I’m from the East Coast.

He was telling me that he thinks that everyone shouldn’t have to uproot their lives and move out to Oregon if they want to be the best runner they can be. And so I don’t think that’s on my mind every day at the club, but I think occasionally it is really refreshing.

You ran a big personal best this year in the steeple (8:13.37) and made the World Championships final, but you had said your goal was to finish top-five and you finished 10th. How would you characterize your season?

I was really disappointed coming off the World Championships and even going into Worlds, to be honest. I had run great at the US Championships, had a six-second personal best and felt like there was more in the tank based on the way I ran it. But I really just struggled with injury problems [Achilles injuries in both heels] for the entire summer and didn’t feel that I could advance my fitness at all and was just trying to basically maintain as much as I could and not look backward too far and got maybe one day of hurdling in between USAs and the World Championships — I guess, aside from the race right after USAs.

Things were pretty rough this summer, but luckily my spring into USAs was good enough that I still finished the year with a very positive feeling about it — a big PR and breaking onto a new level. Tenth is not where I want to be finishing.

Why do you like running on the roads so much and have had so much success there?

I think cross-country is tough. I really enjoy it, but different people’s strides are suited for different types of terrain, and the really soft ground doesn’t really play to my strengths. The way my form is, I lose a lot of momentum; I lose a lot of return. And I like the longer races — doing something like a 10K or a 15K on the roads goes by so much quicker than on the track. And I feel like would be more successful than on a cross-country course.

My favorite cross-country course is Van Cortland Park, and Van Cortland Park is one of the harder courses in terms of literally harder footing — a more solid surface — and I feel like I get better return on it. As a track runner, it feels like running on a track, just with crazy hills and railroad ties in the way.

I like the roads because it’s fun to kind of get out of your comfort zone every once in a while and really have to push against the strength-based guys and keep motivation going to improve all aspects of your running, not just the speed and the track and the hurdling.

Some people perceive the steeplechase as an event for “tweeners,” and it hasn’t necessarily gotten the same respect as other track events. What are your thoughts on that?

If people think of it as a tweener event and then therefore don’t want to deign to touch the steeple, I think that’s silly on their part. If there’s an Olympic spot out there and they’re too proud to go for it, because it’s not an event that’s run at the high school level, that’s just a mistake on their part. So when there’s an Olympic spot and money and funding and glory of races — when there’s all that on the line, who cares what public perception is?

I’m not super up-to-date on my knowledge of steeplechase history. I know that we’re at least as good as we’ve ever been in terms of up front and with all the depth now. I know that there have been medals in recent memory. [ed. note. The last American steeplechase medal was a bronze won by Brian Diemer in 1984. No American has ever won a steeplechase medal at the World Championships.] I don’t know how people thought about the steeple 20 years ago, but I know that for those who are in the event and in the sport, I think we all think of it as a very real event , very challenging and prestigious in its own way.

Is there a barrier to break through for an American to get on the podium at a major championship? Evan Jager was right there in the last lap but finished sixth.

At the end of the day, it’s not Americans and Kenyans and French. It’s Evan and it’s Donn and it’s Conseslus [Kipruto] and Ezekiel [Kemboi]. Obviously Kenya does pump out a lot of great runners, but America pumps out a lot of great runners, too. So I don’t think it’s so much competing with the Kenyans, it’s just competing with the people who were there that day and that year.

I have no idea what Evan would regret about his season, if he regrets anything at all. Hopefully he came away with a lot of positives, ’cause running 8-flat with a tumble in there is no small feat.

What is your mindset heading into this Olympic year?

It’s tough because I think a lot of Americans have to do a better job of balancing peaking for trials and being prepared for trials and being prepared for the Olympics. Whereas in a lot of countries, the depth isn’t quite there, and so they can kind of train through their trials, or they got selected just based on having a time. For us, I think that might be one of the reasons why Team USA might have under-performed at Worlds this year — just having to really go hard at trials and then come back again a few weeks later at Worlds. Pretty much no one has gone through a cakewalk at trials.

My goal this year occurs at the Olympics, but obviously making the Olympics is not easy. I definitely will have to focus and bring a level of preparedness that’s different from the typical race to the Olympic trials. So when it comes down to it, if I under-perform at the Olympics, that’s a failure of the season for me.

The biggest thing of that mentality is that I’m four years older than I was last time — I will be — and I have made enough mistakes in my career, in my training and preparation, where I think I can do things better this year. So I’ve been talking a lot with Coach Gags about the things that I think have gone wrong and right now things are going well, things are going great, and this Dash to the Finish 5K should be a great first step in this new year and just the first check to see how I’m doing.

Do you think USATF should reconsider how trials works — how the selection process works and when trials is held?

No, I think, I think that the way USATF does it is good. I like the trials. I like when it is. I think the issues don’t come from USATF’s scheduling. I can only speak for myself, but I probably would have been better served last year — if World Championships were the be-all end-all, I should have gone run trials and just gone up a mountain somewhere and laid low and recovered for a little bit and then trained really hard again for a few weeks.

I think a lot of the chasing of races and competition in Europe isn’t always a good thing. I think a little bit of it is OK, but US Olympic trials and US champs are such an emotional drain, such a huge up that you need a down afterward. After the Olympic trials in 2012, I went to Europe two weeks later to get experience in international racing — whatever that means — and basically spent the first week and a half there sick. I got over it by the Olympics, but I think I need to this coming year really respect how much of an emotional roller coaster things like USA champs are no matter how much you’re trying to deemphasize it.

Q&A: Ashley Higginson wants it to feel like ‘senior year’ 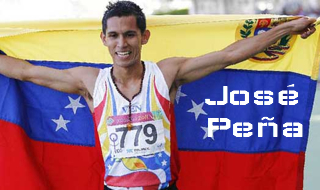 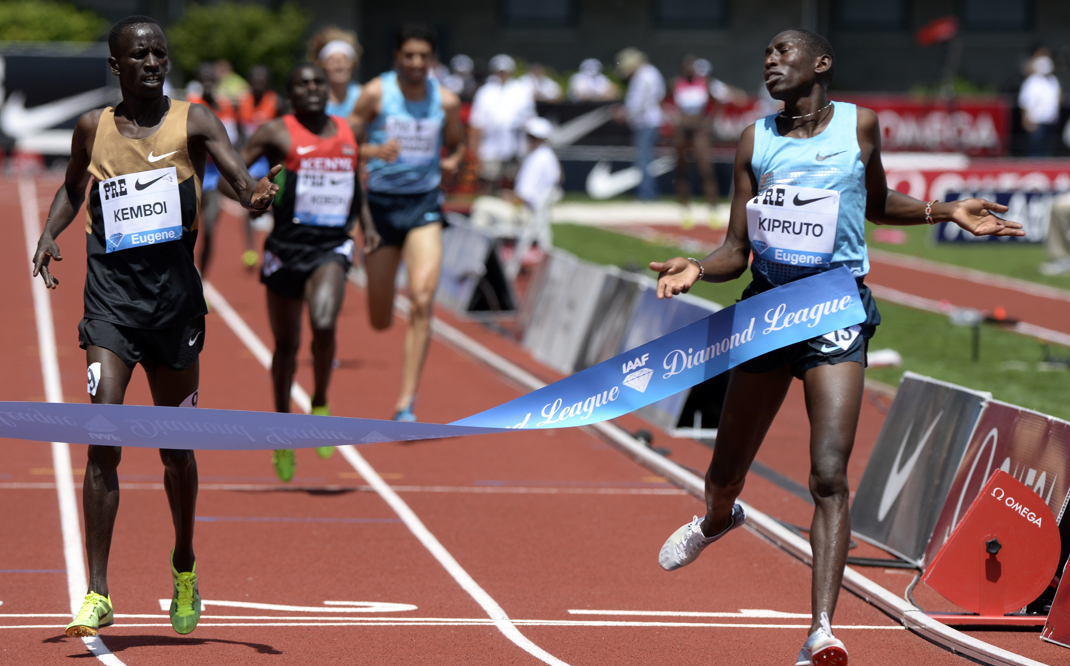