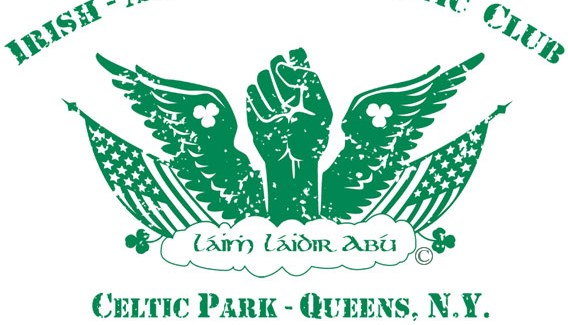 If we turn back the clock an entire century, though, the connection was obvious. Back then, track clubs dominated the domestic scene, and none more than the Irish-American Athletic Club.

The IAAC was formed in 1897 or 1898 (depending on your source) and chose the “Winged Fist” as its emblem. The Irish “Láim Láidir Abú” translates to “A strong hand will be victorious”. While the team was strong, contributing 54 Olympic medals to the US totals and winning ten national AAU team titles between 1904 and 1916, perhaps their greatest achievement was the creation of Celtic Park.

Celtic Park’s track and field facilities were built on land acquired by the club on Long Island (now the Queens borough), and formally opened in 1901. At the time, tracks weren’t easy to find and most of the top facilities were owned and operated by athletic clubs. Celtic Park was one of the best in its day, and was the site of many world records. Besides being a site for track and field events, Celtic Park was a gathering place for Irish-American organizations of all kinds. The Winged Fist Organization, dedicated to preserving the history of the IAAC, has an entire page on Celtic Park. Poke around, they’ve done very good work. 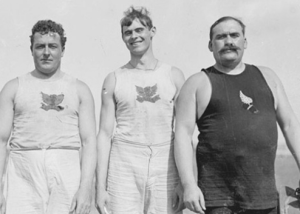 The most prominent athletes in the IAAC were a group of throwers known as the “Irish Whales“, a group who utterly dominated the hammer throw and shot put on both the domestic and international level. A look at the photo easily explains the the phrase. Not all were members of the IAAC; some were members of the rival New York Athletic Club. Most were employed as New York City policemen, as were many of their Irish-American brethren.

One of the reasons the IAAC was so dominant a club is that they were inclusive on a level that was more or less unprecedented in its day. The heart of the team was of Irish heritage, but they recruited and accepted athletes based on their abilities rather than their ethnicity. Many Jewish athletes were members, including Myer Prinstein and Abel Kiviat. Blacks were welcome too; John Baxter Taylor, Jr, the first African-American Olympic gold medalist, was a member. Compared to the New York Athletic Club, which still had a ban against Jewish and black membership into the 1960s, the IAAC was unusually progressive.

One of the club’s biggest moments was its last. From Wikipedia:

Before the largest crowd that had ever assembled to see a track meet in the United States, on September 9, 1916, the Irish American Athletic Club defeated the New York Athletic Club at the Amateur Athletic Union’s National Championships, by a score of 38 to 27. Before a crowd of 30,000 spectators at Newark, New Jersey’s Weequahic Park, the Irish-American Athletic Club won what would be their last national championship title. The club disbanded a year later, when the U.S. became a combatant in the First World War.

One of the bigger St. Patrick’s Day traditions is wearing your green. You could go the way of Hockey Night in Canada‘s Don Cherry:

(image by Don We Now Our Gay Apparel)
Or, if you don’t want to blow your entire retirement fund on one outfit, you could get yourself some Irish-American Athletic Club wear from the Winged Fist’s store at Cafe Press. Simple, (relatively) tasteful, inexpensive, and all about Irish-American history and track and field. 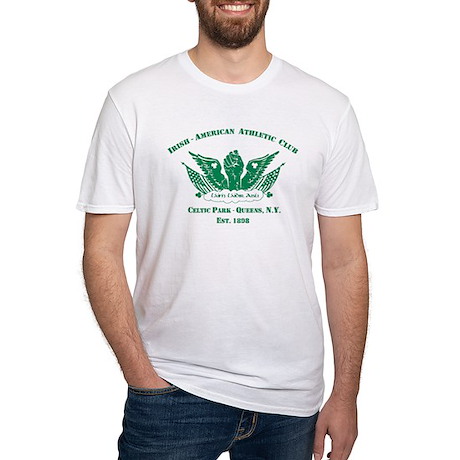 So when you’re out and downing your Guinness, remember how you’re not just celebrating Irish-American culture and history, but celebrating the history of track and field. And next year I’ll tell you how Guinness is wrapped up in track and field as well.